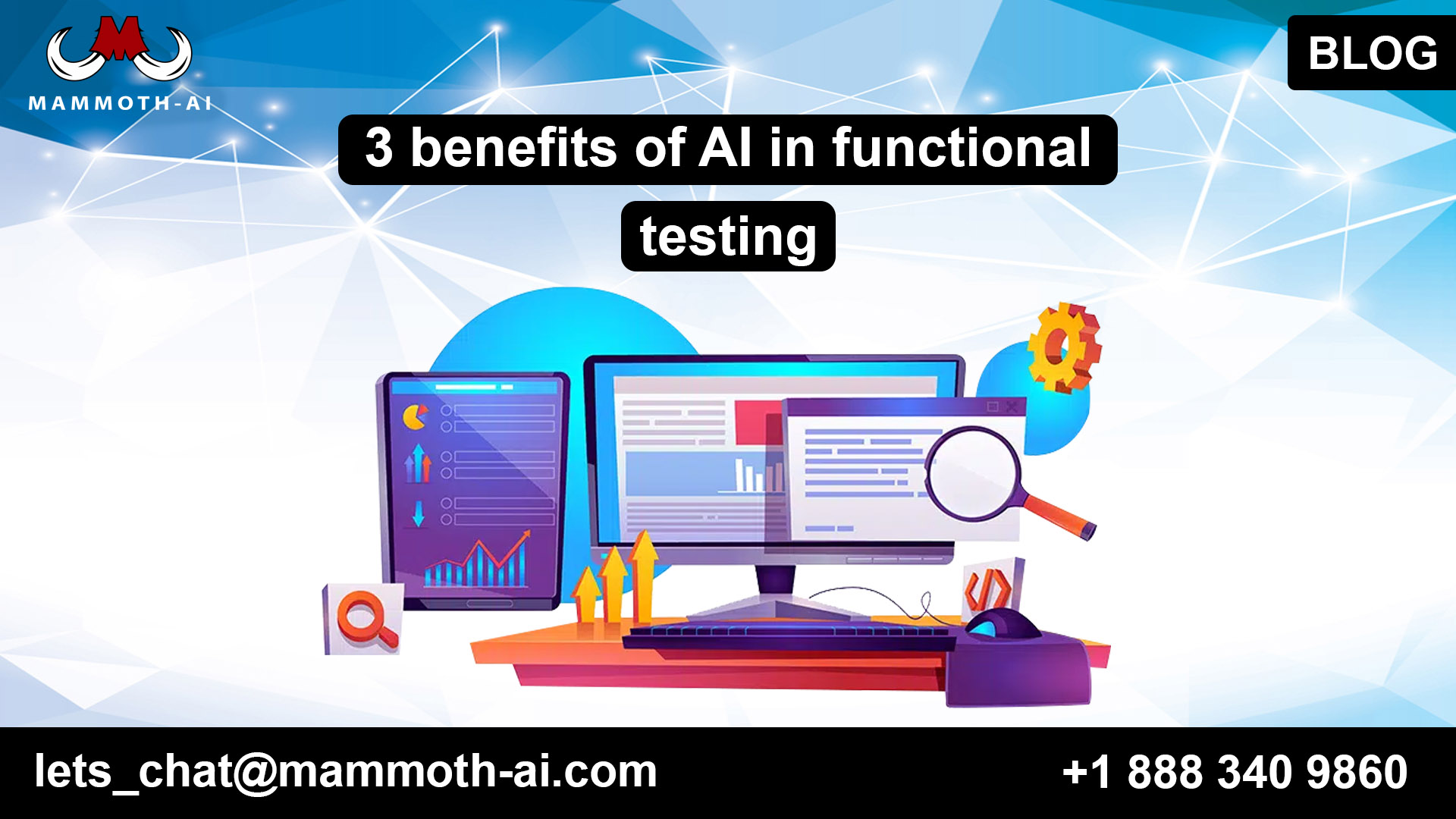 According to the “Benefits of Automation & AI in Functional Testing” report, written by Isaac Sacolick, founder and president of StarCIO, tools that leverage ML can help quality assurance (QA) test for issues that are difficult to perform manually or with automated testing for digital transformations. The testing methods, procedures, and difficulties of 200 CIOs, CISOs, and IT leaders in development, QA, and operations from significant businesses were questioned.

Here are the key benefits of AI for functional testing.

1. AI is good for business

Almost all of the 200 IT executives polled stated they’re experimenting with AI capabilities in testing (only 1% said they had no intentions to employ AI in QA), and almost half (49%) see the commercial benefits of doing so, according to Sacolick.

According to the paper, areas, where machine learning has the most promise, include identifying anomalies, employing computer vision to recognize user interface changes, and leveraging natural-language processing in test development.

Given where AI is in other sectors of technology and business, Sacolick thought that estimate was a bit excessive. “If you had asked me ahead of time, I would have said 15% to 20%.” Also due to the fact that artificial intelligence (AI) is currently a relatively under-invested topic in software development.

One of the reasons why more companies are turning to AI for testing is because they recognize that engineers don’t have the time or expertise to test thoroughly by hand. As a result, people search for instruments to help them achieve it, according to Sacolick. And, especially in the last five years, the tools have gone a long way.

According to Chris Trimper, test automation architect at Independent Health, AI can substantially minimize the amount of maintenance necessary for scripts and apps. “There is a considerable influence on the testing’s robustness and supportability after testing teams transition to a new paradigm,” Trimper stated in the paper.

Trimper claims that his organization was able to employ a single set of multi-platform scripts across iOS and Android, reducing mobile test maintenance by over 45 percent, thanks to new AI-based testing capabilities.

2. Platform coverage is a barrier to automation

Testing numerous browsers, devices, and operating systems is also a testing pain point, according to survey respondents, and a lack of platform coverage is a big obstacle to test automation.

Twenty-two percent of respondents claimed they can develop a single test case that can run on each platform without modification, while 77 percent said they needed to write separate tests for each platform.

What astonished Donald Jackson, chief technology officer of Micro Focus, a study sponsor, was how many customers indicated they could now design a single test that works on any platform without change.

When broken down by job level, there’s a significant gap between the CXO level and the teams that truly understand what’s going on, Jackson explained. This is likely because the CXOs aren’t fully aware of what the developers are doing.

“When we talked about ‘platform’ in our poll, we meant the ability to run a single script on a Mac, macOS, iOS, Android, and Windows platform,” he explained. “When it comes to CXO responses, 38% respond, “We can develop a single test that runs on each platform without change.” Then, when you talk to the folks who really know what they’re talking about, the developers, QA, and IT Ops, just 19% agree “Yeah.”

3. AI lowers the barrier to automation

Another benefit of AI is that it lowers the barrier to entry for people who wish to automate for two reasons, according to Trimper. “One advantage is that it is easier to implement and does not need as much subject knowledge as traditional automation. This implies you may enlist the help of extra testers in the automation process.”

Developers can also participate in automation, according to him. They know what they programmed and what the product is, but they don’t need to know how to automate since the barrier to automation has been much reduced.

According to the research, a shift-left testing approach involves automating more testing throughout the development process and expanding the scope of testing to cover performance, security, functional, and application programming interface test cases.

How to realize the full potential of AI

“By drastically decreasing the time and expense of obtaining the needed test coverage, adopting an AI-first strategy better serves the demands of both testing teams and leadership. Unlike AI-assisted testing tools, AI-first testing solutions… eliminate the hassle of maintaining multiple tests for different browsers and operating systems. As a result, QA teams can concentrate on quality rather than testing.”