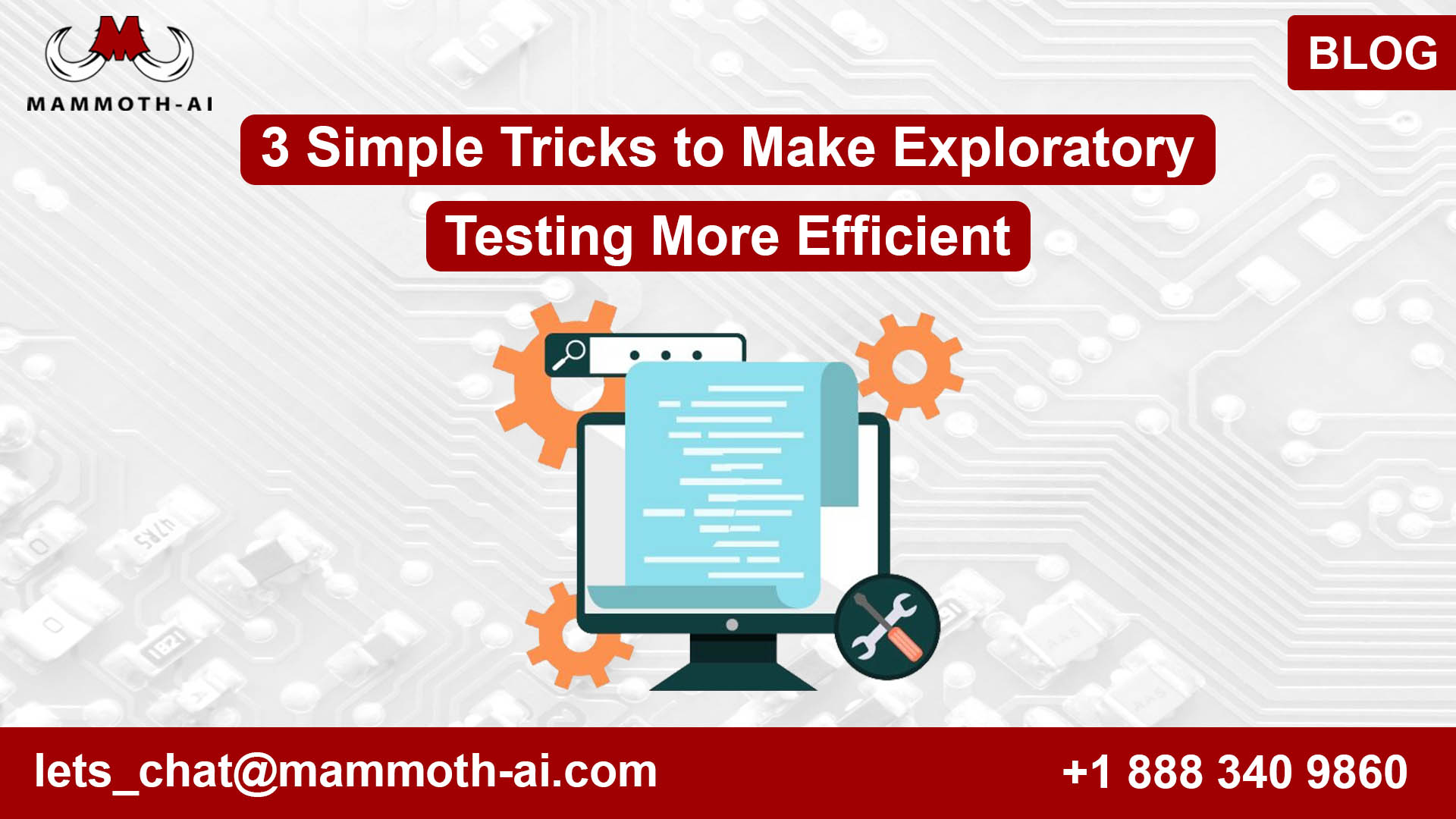 The Impact of Exploratory Testing Technique

Traditional testing follows a pretty straightforward approach in which test cases are developed in advance for all potential use scenarios, and then they are executed until all of the test cases pass.

Exploratory testing, on the other hand, takes a different approach.

The test cases are written by the tester simultaneously as they are executed in exploratory testing. This method has been demonstrated to uncover more critical flaws than more standard testing methods.

It’s quite difficult to construct full test cases that produce unambiguous results in traditional testing, and the tester is frequently forced to do testing based on expected and actual outcomes. This is why exploratory testing is so valuable: the testers must rely heavily on their own expertise and knowledge to determine whether the product’s behavior is realistic. The exploratory testing effort’s open nature raises the testing quality many levels.

The Origin and Definition of Exploratory Testing

Exploratory testing was created by Cem Kaner and James Bach in the early 1990s. Exploratory testing is a testing method in which an experienced tester applies her or his testing skills while simultaneously writing and executing test cases.

By contrasting two techniques of interviewing clients to gather requirements, we may better comprehend exploratory testing.

When a flaw is discovered in a product, for example, a typical tester will attempt to duplicate it by examining the circumstances that may have produced it. An expert exploratory tester would look not just at the known conditions that may have caused the flaw, but also at alternate situations and scenarios that could have created the same problem.

Let’s take a closer look at each component.

#2 – Keep it Simple, yet Comprehensive

You have a better chance of winning the race if you go slow and steady with your exploratory testing. You don’t have to start with the most intricate case; you can start with something simpler. You might utilize the As Late as Possible (ALAP) method to postpone worrying about specifics until the last possible moment. Make tiny changes to the tests to acquire deeper and better results while keeping it simple.

Set aside some time to conduct exploratory testing with someone who isn’t a tester, such as a Product Owner or a Business Analyst. If you don’t have anything planned when you meet with them, you may start by having them test some known flaws in pairs. Having someone test with you from a different functional area increases your chances of finding more flaws or untested test cases. Set expectations with the non-tester ahead of time so that you both get the most out of the practice.

What if exploratory testing is brand new to your organization?

Some organizations, particularly those with a command-and-control culture driven by bureaucracy from higher up the chain, may find exploratory testing radical. Don’t worry about it. Begin with small steps.

If you’re a senior or leadership testing job, you could undertake some exploratory testing on one or two bugs. You can document the results and provide them to the rest of the testing team once the testing is completed. Half of your work is done after you’ve gotten your team’s psychological buy-in. After that, have experienced testers apply the techniques and gradually integrate them into the testing process.

A lot of exploratory testing might lead to a lot of time spent on finding edge case scenarios and less time spent on standard testing. Make careful to keep a healthy balance between the two!