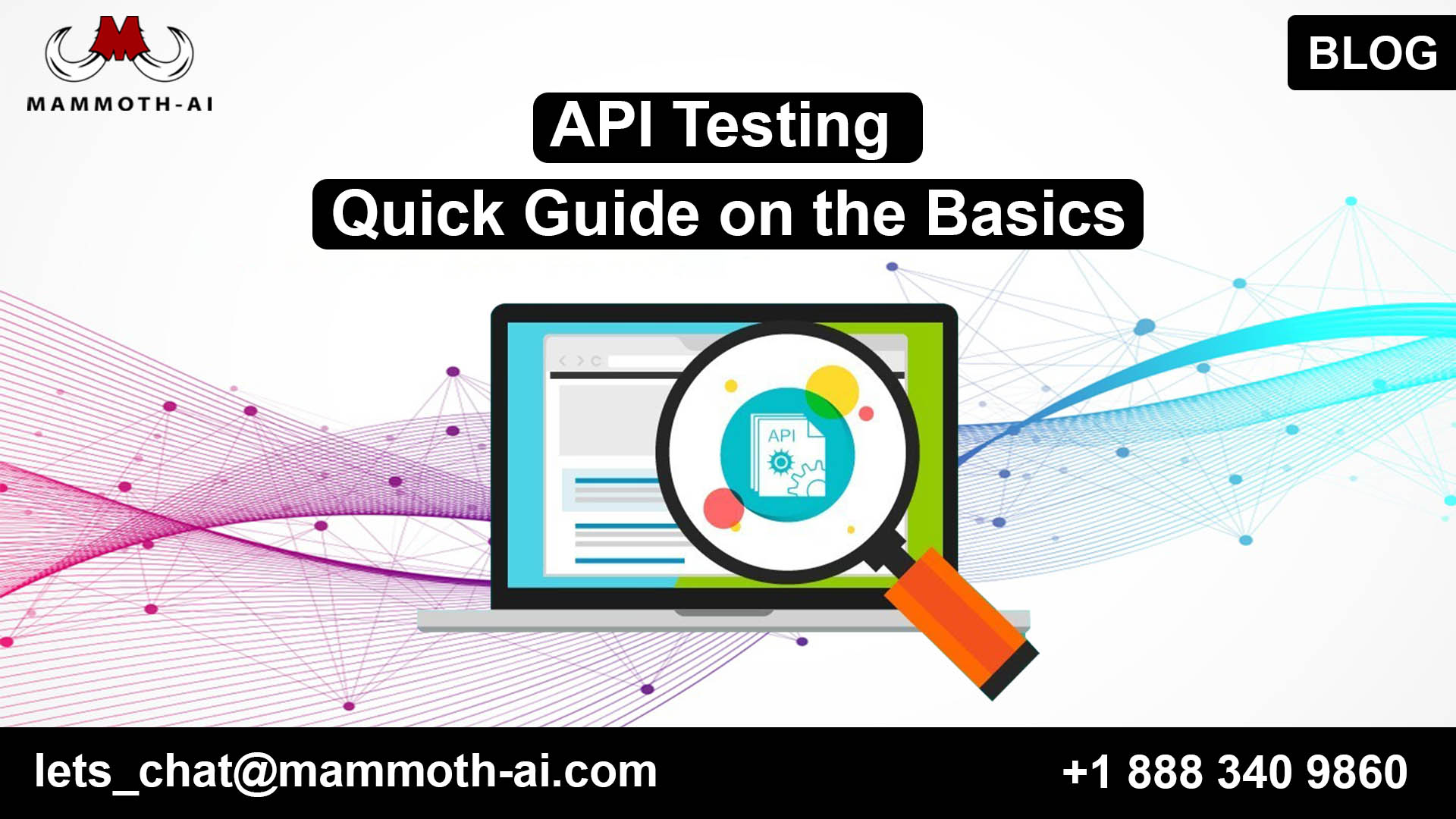 API testing is necessary for software systems to work at their best. This article discusses the fundamentals of API testing, including the many types, the testing approach, recommended practices, and the tool used to conduct the tests.

In the software development process, APIs serve as a bridge between the presentation and database layers. They allow data and communication to go back and forth between software systems.

Because APIs can be complicated, API testing is the most difficult component of QA testing. This type of testing includes processes and standards that are not found in other types of testing.

Developers typically test the basic operation of APIs, whereas testers QA the APIs’ functionality, performance, and security. All components must work together, according to the testers.

What is API Testing?

Application Programming Interface (API) is a set of routines, protocols, and tools that connects an application to the internet or other APIs.

A routine is a program that performs a certain operation. It is also known as a process, function, or subroutine. A protocol is a data transmission format that is used between two systems.

API testing, like other types of testing, aims to find bugs that are caused by inconsistencies or deviations from intended behavior.

Continuous testing is also necessary to guarantee that everything continues to function properly. The risk of putting a faulty and potentially insecure product onto the market is higher, and it comes with its own set of consequences.

APIs are used in almost all of the systems we utilize. API testing is essential for ensuring that our digital lives become more seamless and efficient.

APIs help to make our phones “smart” and streamline corporate processes. An API will never be incorporated in a software system if it does not perform efficiently and effectively. The flow of the entire application might be disturbed by an API error, as a chain of integrated business operations is disrupted.

Here are some of the most popular reasons to test your APIs:

What do you need To Start API Testing?

First and foremost, you must create an API testing environment that includes the needed set of API parameters.

This necessitates database and server configuration in accordance with the application’s specifications.

Make an API request once you’ve finished setting up an API testing environment to confirm nothing is broken before moving on to full testing.

You can begin by merging your API tests with your application data. This ensures that the API behaves as expected when used with known input configurations.

The API tests should be organized at the next level. You must discover answers to the following questions:

How to perform API Testing?

API testing is a type of integration testing that is used to check the API’s functionality, dependability, performance, and security in relation to the application for which it is utilized.

The APIs and the integrations they enable are tested at this phase.

This type of testing is typically done on software systems with various APIs.

Apart from the standard SDLC process, API testing should include the following methods:

The test group should manually run the set of calls defined in the API during discovery testing. Verifying that a given resource offered by the API can be listed, created, and deleted as needed is an example of this.

Usability testing determines whether or not the API is user-friendly. Is it possible to use the API with another platform?

Security testing includes determining the type of authentication required as well as ensuring that sensitive data is encrypted through HTTP.

API testing should allow for the establishment of a set of scripts or a tool that can be used to run the API on a regular basis.

The test team is responsible for ensuring that the documentation is adequate and gives enough information to interact with the API. The final output should include documentation.

What are the benefits of API Testing?

Here are the benefits of this testing:

You don’t have to wait for other teams to finish developing the entire application to begin API testing; once the logic has been developed, tests may be built to evaluate the correctness of answers and data.

API modifications are rare; nonetheless, API definition files such as Open API Spec can aid in the creation of quick refactoring tests. When UIs are continuously changing to cater to varied –browsers, devices, screen orientation, etc. – in normal testing, the tests must be changed on a regular basis to stay up with the actual code in production.

When API tests fail, we can pinpoint the specific location of the flaw in the system. This cuts down on the time it takes to track defects across releases, integrations, and even team members. An API test’s small, isolated footprint is ideal for shorter MTTR figures, a critical KPI for DevOps teams.

Speed and Coverage of Testing

If we had 400 UI tests, it could take 40 hours to run them, however 400 API tests could take 3 minutes to perform. That means you’ll be able to uncover more bugs in less time while also being able to solve them quickly.

Consider the following scenario, in which a common functional test at the UI level is required. The procedures begin with going to the website, filling out the form, submitting it, and checking to see if you are taken to the following screen.

This simple test can fail at the UI level due to browser and network connection issues, such as having to load the browser each time we wish to run an iteration of this test.

Second, none of these elements work as they should, such as the buttons not being clickable or the alternatives not being selectable. You’ll have to test tens of thousands of different inputs and scenarios.

This entire testing scenario can and should be condensed down to one stage with API Testing:

The fundamental goal of API testing is to ensure that the API’s functionality, stability, performance, and security are all up to par (application programming interfaces). We utilize software to make calls to the programming interface, get the output, and record the system’s reaction during this testing. Standard user inputs and outputs are frequently tested like any other testing.

API tests differ from GUI testing in that they focus on the business logic layer of the software architecture rather than the appearance and feel of the application.

What are the types of API Testing?

The following types of tests are carried out during this testing:

Unit testing: Unit testing is used to check the functionality of a single operation.

Load Testing: This is used to test the functioning and performance of a system under load.

Error Detection: Exceptions and resource leaks are examples of errors that can be detected.

Security Testing: This is used to ensure that the API is safe from external attacks.

UI Testing: This is used to check that the user interface performs as expected as part of end-to-end integration tests.

API testing, a type of Black Box testing, is performed by the Quality Assurance team. This testing takes place after the build has been completed. This testing does not include the source code.

In this test, an API request is sent with known parameters to assess the response, which include:

API testing, like other software testing approaches, has its own set of issues. The following are some of the most typical API testing challenges: