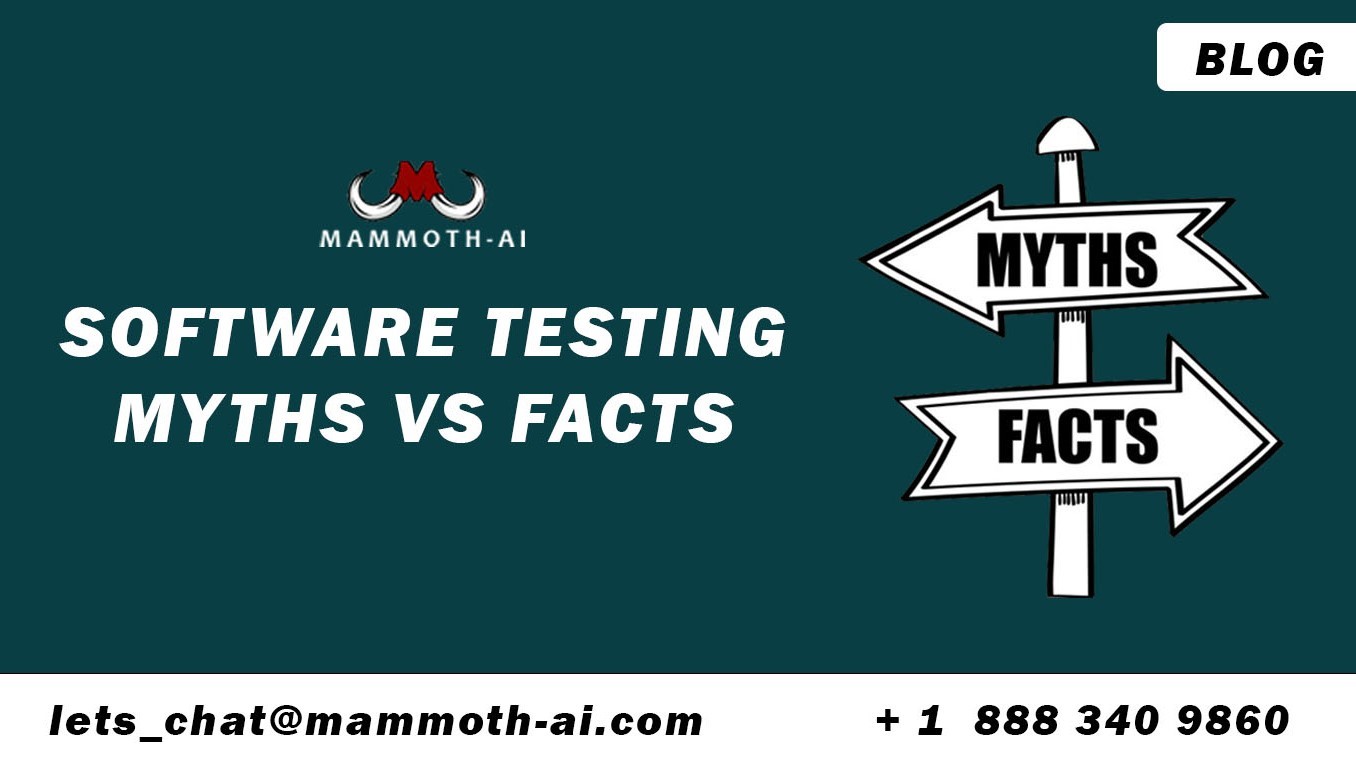 Sometimes, for multiple reasons there are various expectations that we set while doing software testing that aren’t realisitc. In this blog we are going to discuss myths vs reality of software testing:

A test team should, instead, have its own thinking, comprehension, research, time and participation from the start.

This not only allows the QA team to test more effectively but also enhances quality assurance for the whole project team. This is achieved by many organizations, including their QA teams from the initiation of the project.

Many believe that you don’t rise in management while you’re a tester. However, they are exclusive to each other. You need skills such as management of staff, cost management, time administration, to be a manager. It has nothing to do with testing, development or something else.

Separate verticals are ideal, and both the DevOps and QA leads can report to a PM. However, there may be only one Dev lead for both the Dev and test teams, and we must report to someone who may not be well-versed in testing. It isn’t ideal, but it isn’t the worst situation in the world.

As long as you are doing your job correctly and being polite with the lead to help them catch up on research procedures, you should be fine and your career will not suffer long-term consequences.

The most common misconception about testers is that they are bad coders. In certain instances, checking involves coding as well.

It’s a common misconception that research consists of randomly clicking on UI elements and recording data in excel or other documents.

In fact, testers follow very well-defined test steps to ensure that the UI/APP works in unusual circumstances as well. As a result, it is the vision that matters.

The same is true for testers because users have no restrictions on what they can and cannot do. This is why it’s crucial to investigate the user interface, which can seem to be a jumble of random clicks. Only the testers are aware of the mechanism behind the madness.

To begin, let me state unequivocally that documentation is the responsibility of everyone involved in a project. A precise, complete, and reliable record provides a basis for the project as well as historical evidence.

However, documentation is more relevant for testers because the deliverable we produce is an assured quality that takes form through objects, rather than a software or module. Most teams use the Microsoft Office suite, but test management software will help you take it to the next level.

If this happens to a tester, he or she is in the wrong position and should consider changing jobs. Having said that, pay is dependent on a variety of variables, and it is not true to assume that becoming a tester is the only reason you will be paid less.

Testing can seem to be a thankless task at times. Recognize that it isn’t about you. It’s sometimes a question of the company’s culture when it comes to how they value their employees.

Maintain a positive attitude and allow your work to speak for itself. Expect no medals or prizes if you do your job well. While it is true that things are simpler when the team and clients trust the QA teams, this does not mean that we can undervalue ourselves.

I served on both ends of the spectrum and greatly enjoyed working with clients who understood the value of quality assurance.

Regardless of whether we start concurrently with the development team, we must wait until the development is complete before we begin testing. Then there’s bug detection, correction, retesting, and so on. This gives the impression that research is dragging the project out unnecessarily.

Teams that have pre-planned test cycles do not have this problem. As a result, testing does not cause project delays; however, poor planning and unrealistic expectations do.

What is Stability Testing?

What is Performance Testing

WHAT IS CLOUD NATIVE APP DEVELOPMENT

Any cookies that may not be particularly necessary for the website to function and is used specifically to collect user personal data via analytics, ads, other embedded contents are termed as non-necessary cookies. It is mandatory to procure user consent prior to running these cookies on your website.