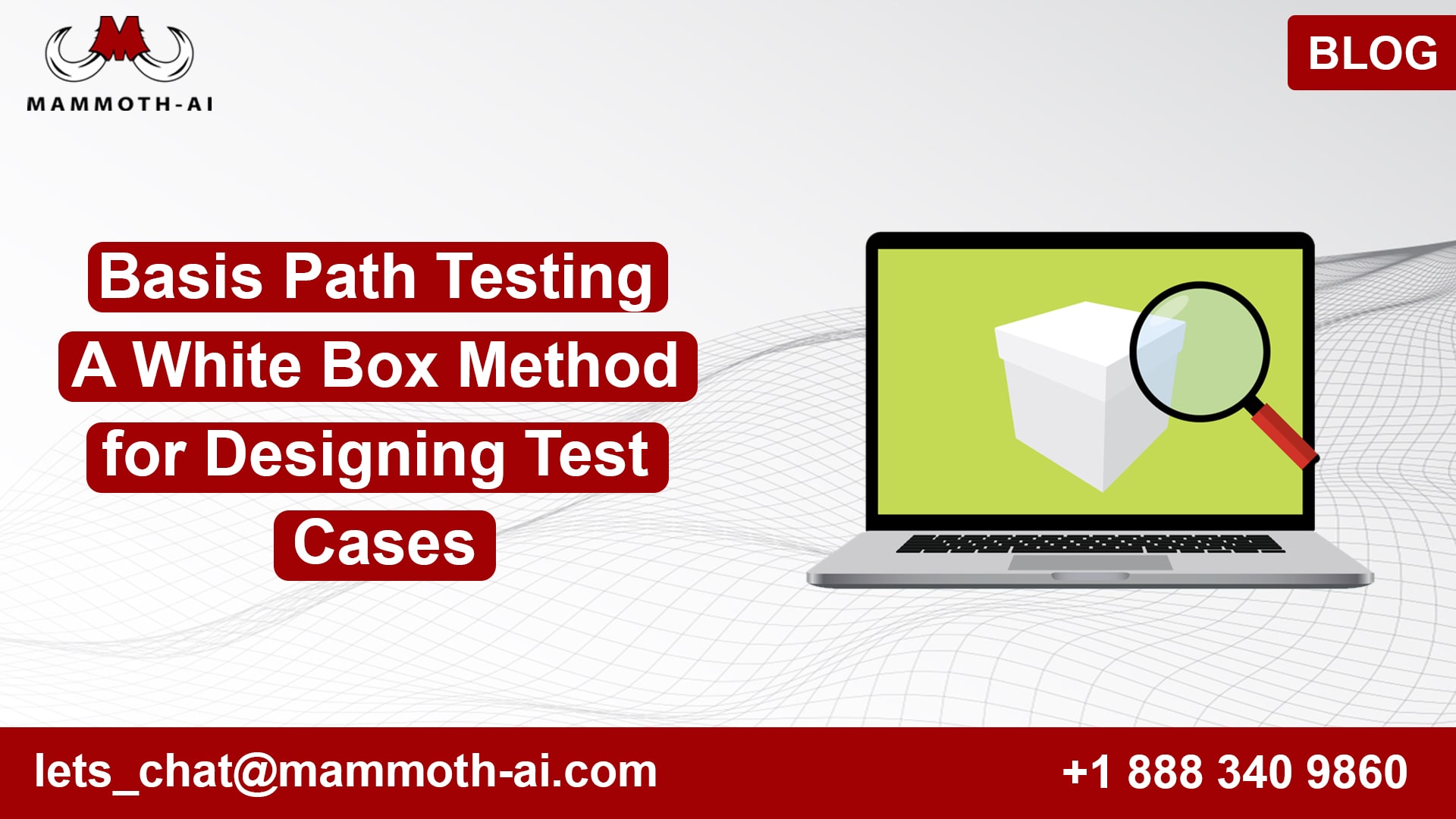 We’ll define basic path testing in this post, as well as the benefits of adopting this white box method for a program’s source code.

To assure the quality of the product you’re delivering, it’s vital to have good test coverage in software engineering. For designing test cases based on the logical path or flow of a program, basis path testing employs a white box testing technique.

Basis path testing is similar to path testing in that it finds all of the code’s possible executable paths. It is, however, more efficient in that it eliminates redundant tests and provides maximum coverage, and so takes less time.

The White Box and Black box testing methods are used in the Box Testing approach to software testing. To summarize, the white box method examines software’s internal structure, coding, and design, whereas the black box method examines it from the perspective of an end-user or an outsider.

Clear Box testing, Structural testing, Open Box testing, Code-Based testing, Transparent Box testing, and Glass Box testing are all phrases used to describe white box testing. It got its name from the tester’s ability to look past the software’s exterior box and into its inner workings. The developer has access to the code.

Black box testing, on the other hand, refers to the inability to see inside the inner workings of a system, allowing just the end-user experience to be evaluated. We’ll concentrate on the former for the purposes of this post.

The fundamental goal of white-box testing is to ensure that input and expected output flows through an application, as well as to improve usability, design, and security. It can be done at the development phase’s system, integration, or unit levels.

This method, when implemented, seeks to validate an application’s process flow. Testing is done to find faults with the code using a set of preset inputs and expected outcomes. A problem occurs when a certain input fails to deliver the desired outcome.

It is vital to understand path testing before learning about basis path testing. The term Path refers to the flow of execution, or the order in which commands and conditions are executed in a specific order. In other words, it’s the path a process takes to get from one place to another.

In the source code of every software program, there are multiple entry and exit points. Path testing ensures that no problems are detected during the execution of processes via a program sequence by verifying these places in the source code. The method can be set up to execute all or a subset of the pats.

The difficulty arises in complicated programs when the number of entrance and exit points to be tested adds up. This could take days or even weeks, depending on the quantity of source code to be tested. This is where basic path testing comes in handy because it decreases the number of test cases required.

What Is Basis Path Testing?

The smallest amount of test cases is used to execute every possible block of code in a program. It accomplishes this by determining the number of independent paths that must be tested so that the number of test cases necessary may be precisely defined, maximizing the coverage of each test case.

The effectiveness of basis path testing is that it ensures complete branch coverage without the requirement to test all conceivable paths. As previously said, this can be time-consuming and expensive. Another testing method is branch coverage, which ensures that every branch extending from each decision point is examined at least once. This way, all of the code branches can be checked to ensure that none of them cause the application to behave strangely. As a result, base path testing is seen as a combination of path and branch testing techniques.

The following are some of the most important considerations for this method:

Steps For Carrying Out Testing

The steps for carrying out this testing technique are as follows:

Cyclomatic complexity is a software statistic and an important part of the foundation path testing procedure. A software metric is a numerical measurement of a software attribute’s time, quality, size, and cost.

In this scenario, cyclomatic complexity is used to assess the complexity of a program by finding all of the processes’ independent routes.

Thomas McCabe created the measure in 1976, based on a control flow model of a program. His concept presents a depiction of a program’s control flow using a flow graph made up of nodes and edges. The processing jobs are represented by nodes, and the flow between them is controlled by edges. Independent pathways add a new process to the program flow, while nodes are the entry and exit points of processes in the program sequence. They have at least one edge that hasn’t been traversed by any other path.

A mathematical representation of the cyclomatic complexity of program code can be calculated as follows:

Once the number of paths or conditions has been calculated, the number of tests to be written is known. For example, 3 paths will mean that at least one test should be generated to cover each path.

The properties of cyclomatic complexity are as follows:

Because basic path testing is a white box method for generating test cases that deals with the inner workings of the code, it’s critical that the tester is familiar with the application’s source code before creating test cases.

Not only should the testers be familiar with the application’s programming languages, but they should also be adept at secure coding techniques. Security is frequently a driving force for software testing, and the tester should be able to see any code that is vulnerable to malicious assault.

Moving on to test cases, testers might create more code to check the application’s source code for flow and structure. Writing and executing code to test the flow of processes is greatly easier when separate branches of code are isolated using basic path testing.

Using the white box technique ensures that at least one statement is executed during testing. Each independent linear path within the program is tested, resulting in a number of test cases equal to the program’s cyclomatic complexity score.

Independent paths in source code through which program execution proceeds are identified through basis path testing. This testing method’s main goal is to ensure that all paths are covered and executed. It’s also meant to cut down on the number of unnecessary tests.