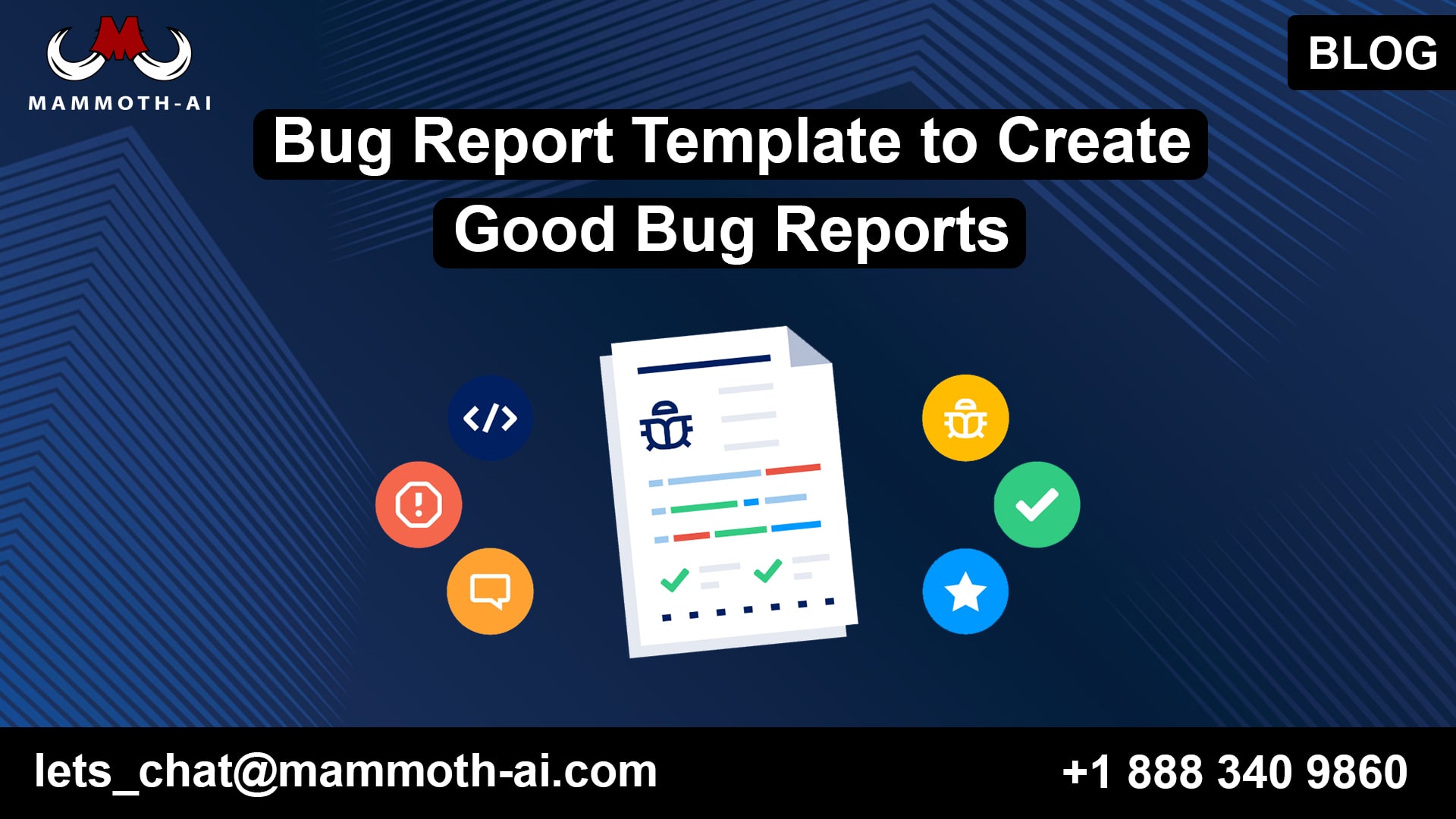 In this article, we’ll look at how to draught bug reports that will aid developers in bug fixing. We’ll also have a better understanding of what makes a good bug report. We’ll also provide a bug report template to assist you in efficiently reporting bugs.

What is a bug report?

A bug is a defect, an error, flaw, failure, issue, or fault in software that causes a computer program to generate an inaccurate output or act in an unanticipated manner. A software bug, in other terms, is an error that causes unexpected or wrong outcomes. When something in the software does not work as it should, it indicates that the software has a bug.

A bug report is a document that helps developers understand which elements of the application aren’t working as they should. This aids the developer in locating and correcting the code that is causing the mistake. A bug report should contain sufficient information to assist developers in determining the specific problem and resolving it. A tester not only assists the developer in bug fixes by delivering high-quality issue reports, but also minimizes the likelihood of a bug making it to the production stage. If the bug report isn’t of good quality, the developer won’t be able to reproduce the problem and thus won’t be able to solve it.

What is a good bug report?

The following are qualities of an excellent bug report:

What is a Bug Report Template?

It’s critical to keep track of any bugs you find in your software. A software bug report template is used as a reference for writing a brief report on the bug so that the developers can get started on correcting it.

Writing good bug reports has a number of advantages, including:

The following items should be included in a bug reporting template:

Here’s a checklist to help you make sure you’re writing a high-quality bug report:

Is your bug report easy to read, understand, and follow?

Have you attempted to reproduce the bug using the bug report?

Is there anything else I can do to make the bug behave differently?

Is there anything else I need to know in order to fix the bug?

Was the bug already reported? If you answered yes, have you updated this in your bug report’s comments?