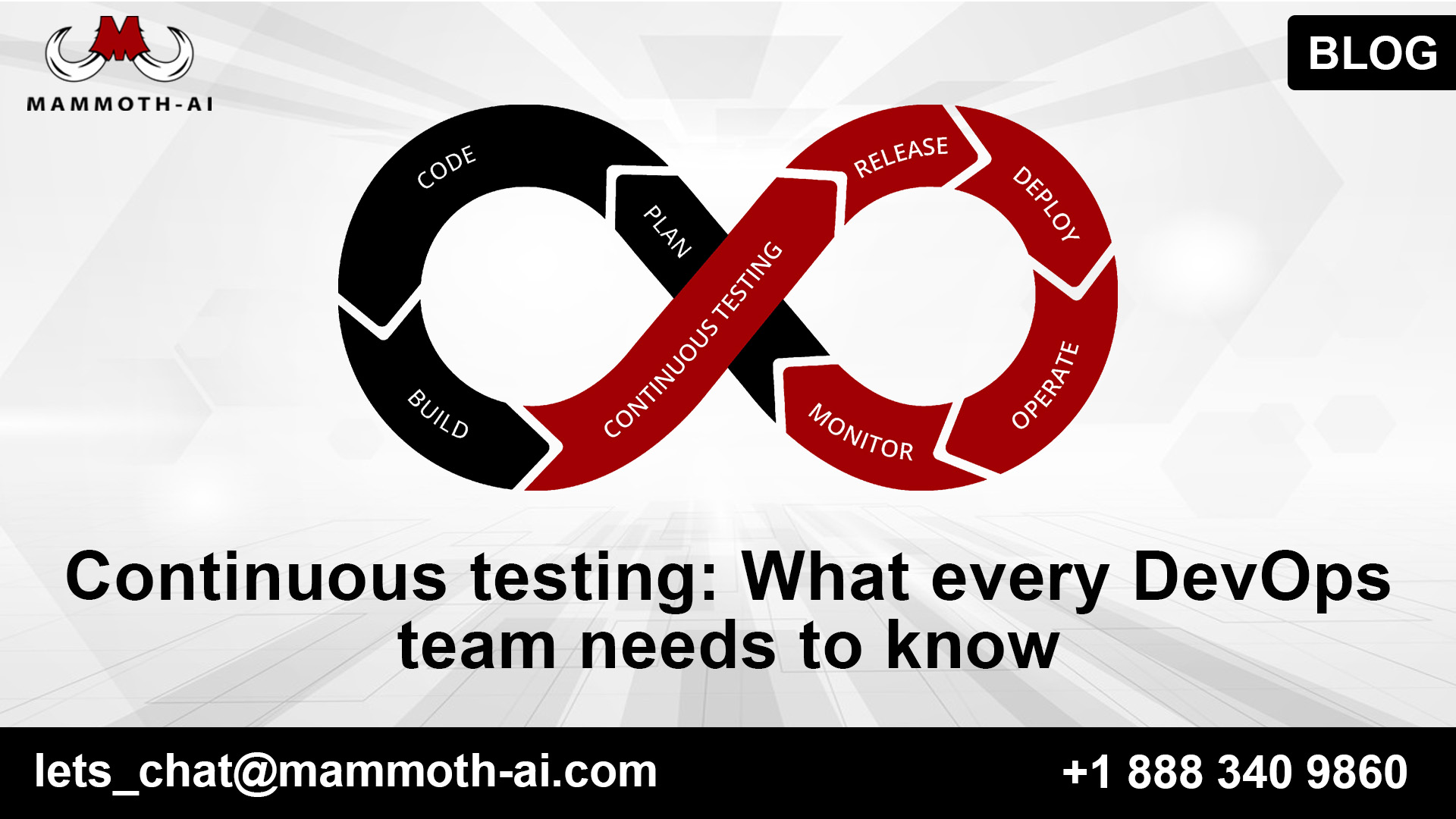 Consider working at a firm where hundreds of developers are constantly putting new code into production. The developers get there because every member of the development team contributes to quality assurance and testing.

This appears to be impossible. After all, transitioning from quarterly to biweekly releases is difficult enough. It’s not impossible, though; other companies—possibly even your competitors—are already doing it.

You’ll need a clear concept of continuous testing and how it relates to modern software development. The first step is to define the term’s common lexicon.

The conclusion of many modern, radically collaborative development methodologies is continuous testing. It’s what happens when a development team’s processes include items like:

However, in order to conduct continuous testing, your team must connect its tests to continuous integration (CI) servers and create pipelines that run the artifacts through an infinite loop that includes the steps below:

Compare this to the typical development flow, which is characterized by hand-offs.

The conclusion of many modern, radically collaborative development methodologies is continuous testing. It’s what happens when a development team’s processes include items like:

However, in order to conduct continuous testing, your team must connect its tests to continuous integration (CI) servers and create pipelines that run the artifacts through an infinite loop that includes the steps below:

As a team comes closer to continuous testing, the distinctions between responsibilities start to blur. On stories, developers work with product managers to clarify concepts and better understand what they need to build. They may work in pairs with another developer or a tester when writing code.

Only after tests are running in continuous integration, the feature has been tested with an exploratory method, and ideally, a product manager has accepted the modification is a feature considered “done.” Rather than putting the burden of understanding quality on a single person in the testing function, each individual in the chain becomes a test specialist in his or her own component of the product and technology stack.

Frequent, smaller code check-ins (many times a day) are a fundamental component of continuous testing, made feasible by extensive automation of manual procedures. This means that the automated test feedback cycle must be able to keep up with this tempo and detect faults within an hour of check-in.

This is the most difficult part for many teams to complete, as several “test automation” suites fail to detect important flaws. The cause of this is sometimes not the suite, but rather teams that aim to speed up code releases by breaking them down into smaller, simpler components.

Continuous testing aims to improve a development team’s ability to detect product quality at any given time. Continuous testing provides information about quality every time new code is written, rather than waiting for employees in specific roles to step in, investigate, and report back.

This is critical for firms that wish to deploy software more quickly than the normal Scrum cycle of two weeks. There is no need to “batch” work into sprints or iterations in a continuous testing organization if the team uses a Kanban board because regression testing happens all the time thanks to automated processes in the CI system.

Is the term “continuous testing” a fad? Perhaps. However, there is substance behind the hype, as with other buzzwords. Despite the fact that there is sometimes disagreement about their specific definitions, buzzwords like DevOps, continuous delivery, and even more technical terminology like microservices can spark important discussions in the IT industry about better ways to build software. The debate of how testing work needs to adapt to accommodate the next generation of software lifecycles begins with continuous testing.

In the typical software project, a programmer works alone at a desk, developing code. He may briefly collaborate with a product manager to ask a question, or a tester may illustrate a bug she recently discovered, but for the most part, everyone is on their own.

A few unit tests are usually included in testing, but the major testing effort is delegated to someone with a dedicated testing role. Continuous testing frequently means that fewer individuals, if any, are employed as full-time software testers. This isn’t because software teams don’t require testing; rather, testing is carried out in a systematic manner at each stage.

Everyone in the product and technical teams tests the program via continuous testing. They aren’t all software testing experts, as they would be in a more typical testing capacity, but they are experts in their respective fields, which is usually sufficient.

You’re already ahead of the curve if you’re starting to see the links between continuous testing and modern software development methodologies.

DevOps imposes a slew of procedural, system, and architectural constraints. There is a culture of cross-discipline collaboration on the process side. When it comes to writing code, most developers collaborate, and sometimes they pair-program. They work on stories that take days or hours to complete. When development is complete, the code is ready for production, not for the intervention of another individual.

DevOps is about understanding and automating code hand-offs between formerly isolated departments from a technological standpoint. Continuous testing focuses on how the testing and QA silo disintegrates and spreads out over the full software delivery lifecycle.

From the first design specifications to the final stage of ongoing production monitoring, testing should be a part of the process. Continuous testing may thrive in a DevOps environment if the organization is committed to making it happen. The trick isn’t simply choosing the most popular technologies for a continuous delivery environment, but also establishing how those tools are connected. By eliminating the need for manual intervention, you can achieve the continuous component of automation by ensuring flawless information transfers across various technologies.

In contexts where continuous testing is available, the cycle of a software release is radically different. Companies delivered software a few times a year ten years ago, and each delivery had high risks. Customers would have to live with an issue for the next few months if there was a critical bug in production, or the next release would lose features while the development team worked on a hotfix.

It became more normal five years ago for people to deploy software every two weeks. Because of the emergence of software as a service, the size and number of modifications, as well as the overhead of delivery systems, were diminishing.

Most agile shops will never come close to this level of agility. While releasing every two weeks is preferable to every six months, they are still trapped in a rut. There is a planning phase, a development phase, a testing phase, and numerous more ceremonies that take time away from delivering software to production during those two weeks.

Continuous testing entails methodical real-world testing at every level of the program you’re developing and throughout the development process. It may appear to be a buzzword at first, but a closer examination reveals an intriguing story.

Companies on the verge of attaining continuous testing have a software craftsmanship culture. They are willing to experiment with potentially risky new techniques, new technology stacks, and, perhaps most crucially, radical collaboration. Are you prepared to begin?