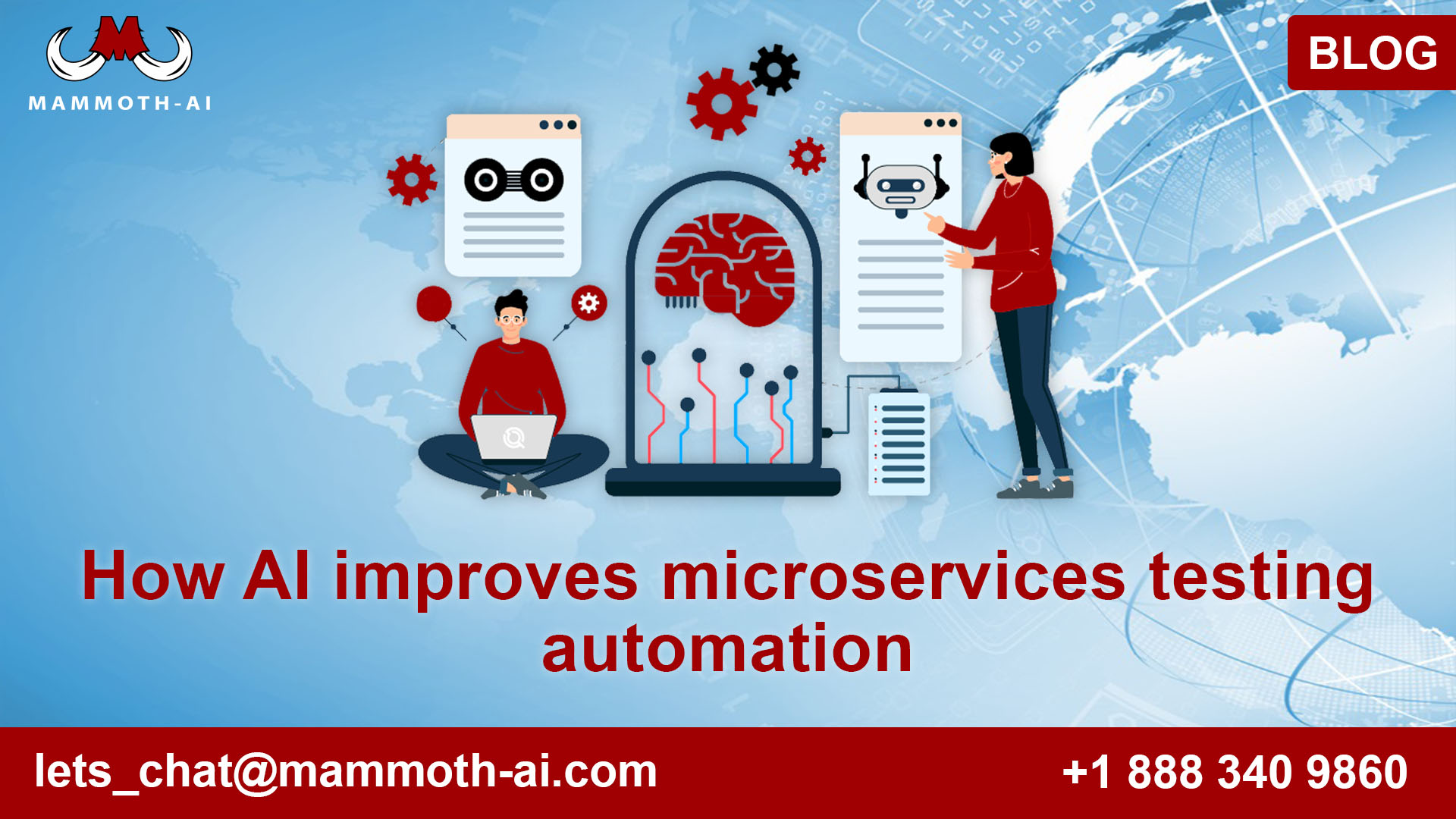 AI and machine-learning technologies have progressed in recent years, and their use in automated testing can now benefit in a variety of ways. Indeed, AI has revolutionized the way microservices-based applications are evaluated, particularly in the area of canary testing.

The use of artificial intelligence in software testing benefits both developers and testers. It enhances accuracy by allowing the same steps to be executed correctly each time they are required. Automated testing can help you expand the scope and depth of your tests, resulting in more comprehensive overall coverage. You can also utilize artificial intelligence to simulate a huge number of consumers interacting with your app.

Here’s how AI-enabled automation may help you test microservices-based apps as they scale, as well as the problems you’ll face and successful tactics you can use to overcome them.

When developing monolithic applications, unit tests were traditionally used to test each unit of code. Because the application’s various components are linked together, integration testing is usually performed first, followed by system testing, regression testing, and user acceptability testing.

The code is released if it passes all of these tests.

Testing microservices-based applications are difficult and different from testing monoliths; you must be aware of not only the service you’re testing but also its dependencies—the services that interact with the services under test.

Boundaries that were previously buried in a traditional application are exposed thanks to the granular nature of the microservices design. You might have numerous separate teams working on different services at the same time, scattered across different geographical distances; this makes coordination incredibly difficult. Finding a specific time window to do end-to-end testing of the entire program can be tricky.

Testing your application might be difficult due to the dispersed nature of microservices-based development. These are some of them:

A microservices-based application is typically made up of multiple services, each of which can dynamically scale up or down as needed. There’s also the danger of failure, as well as the cost of correcting flaws or issues after the integration is complete. As a result, for testing microservices-based apps, you should have a solid test plan in place.

How to build an effective testing strategy

You should follow the same best practices for building an automated testing process for a microservices-based application as you would for any other sort of testing:

You must understand what is occurring to your data at the moment of test creation in order to maintain your tests effectively. One of the reasons why test maintenance fails is due to insufficient data modeling, which becomes a bottleneck in your deployment pipeline. AI can aid in data modeling efficiency and root-cause investigation.

Manually repeating tests every time, the source code changes can be time-consuming and expensive. Once you’ve created automated tests, you may run them over and over again at no additional expense.

Use AI for canary testing

Canary testing reduces risks by gradually introducing changes to a small group of users before presenting them to a larger audience—and it’s especially effective for microservices-based application testing. Because modifications to microservices occur independently in a normal application, those microservices must also be checked independently.

Canary testing of microservices-based apps may be automated with AI. To identify the changes in the new code and the flaws within it, you can use AI principles like deep learning. AI may be used to compare the experience of a small sample of users to that of existing users, and it can do it automatically; no human intervention is required in the loop.

There are some limitations to AI-based testing. While functional and unit tests can be automated, integration tests are more difficult to automate due to their complexity.

The following are some of the other problems in AI-based testing:

Testing microservices-based systems with an AI-based approach necessitates a high level of technical understanding from testers and differs significantly from what manual or automation testers are accustomed to. Testers should be able to employ AI-based technologies to test microservices-based apps in particular.

Learn how to decide which use cases for AI in microservices test automation are the best. One option is to employ artificial intelligence to create your unit tests. You can use AI to perform static code analysis and figure out which parts of the code aren’t covered by your unit tests.

In microservices-based applications, AI can also be used to update unit tests as soon as the source code changes, as well as for test development, execution, data analysis, and API testing.

AI can assist you in deciphering the patterns and correlations in API calls, as well as developing more advanced patterns and inputs for API testing. To detect the controls that have changed more efficiently, you can use an AI-powered continuous testing approach.

AI-based testing can’t do everything

Microservices test automation based on AI can produce more accurate tests while also reducing the time required for test design, maintenance, and analysis. These tests can be used to verify service-to-service communication, test communication pathways, and so on.

Deep-learning models and other AI approaches can also be used to enable your team to write tests faster and execute them at scale on the cloud.

Adopting artificial intelligence for microservices test automation isn’t a panacea. It won’t miraculously solve all of the issues that come with software testing. However, it can assist you in making your software testing process smarter, more efficient, and faster, allowing you to continuously deliver business value.