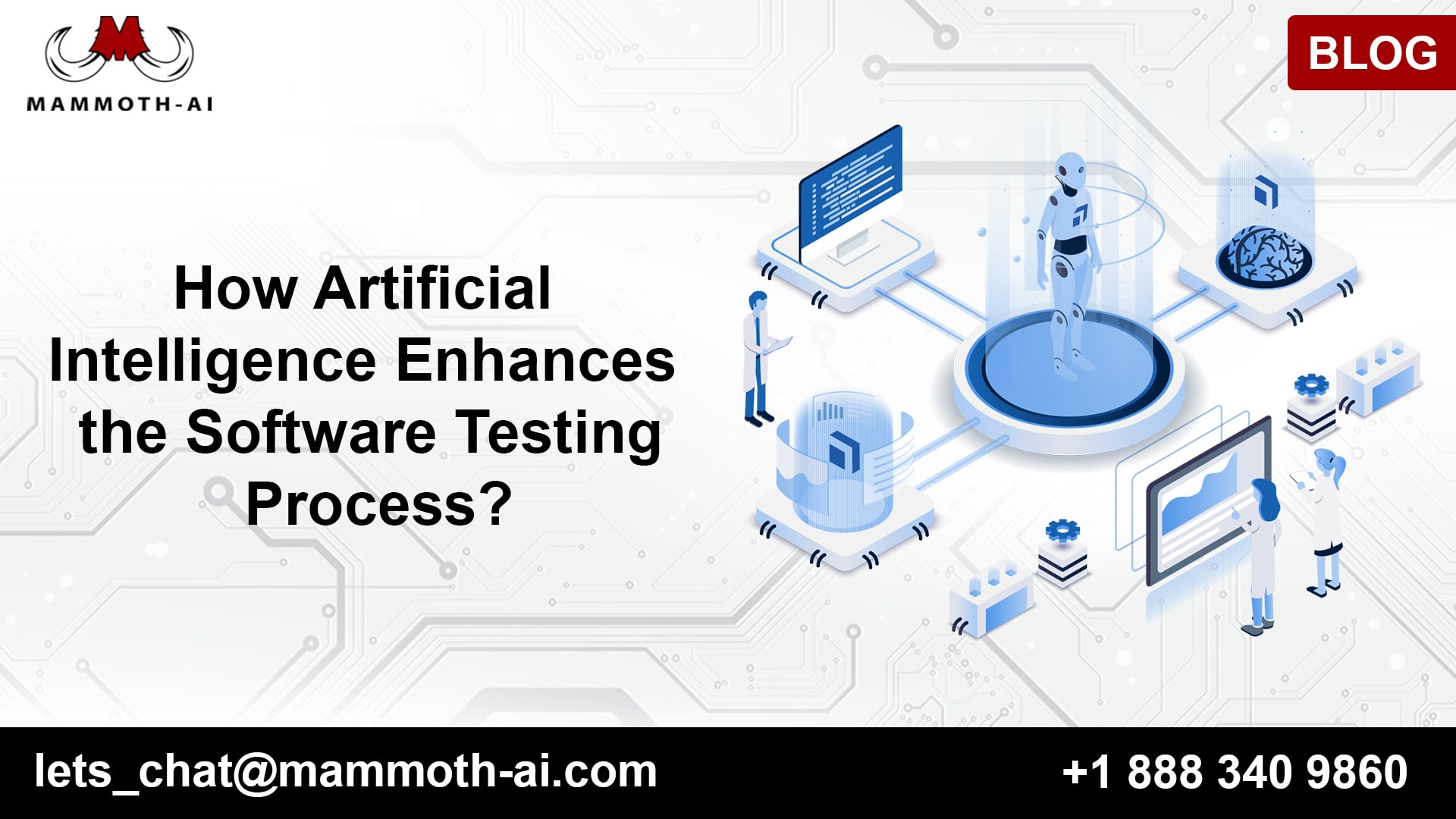 The rise of DevOps and Agile approaches has pushed quality assurance managers to actively seek appropriate solutions for real-time risk assessment across the software application delivery cycle. The tech industry has reached a tipping point where it wants to include artificial intelligence into its systems from the start in order to achieve digital transformation goals. Algorithms, data, and computing power are the three most basic factors necessary for artificially intelligent systems. Artificial intelligence, which was once a far-fetched hypothesis, is now a definite reality and within the reach of tech corporations, thanks to the rise of huge data and colossal computer capacity. Many software testing services firms have been obliged to adopt this concept and make it a priority, especially in terms of strategic investment, because of the approaching potential.

By decreasing the work and involvement of human resources (developers and testers) in repetitive and mundane operations, a software process powered by artificial intelligence adds value to the firm. The major goal of incorporating artificial intelligence into the testing process is to shorten and simplify the software development cycle. With the use of automation, a software testing services organization can reduce the direct investment of human and financial resources in boring chores, as well as the probability of errors, by using problem-solving, logical reasoning, and sometimes machine learning.

In a scenario where the majority of the tests are capable of running automatically and delivering findings, but the system is unsure which tests to run due to the continuously changing data, the system executes all of the tests or depending on a predetermined set. In a world where artificial intelligence is firmly embedded in the system, it will be able to evaluate the code for any recent updates and modifications, as well as the current state of the testing process, code coverage, and other metrics, to determine which tests are appropriate. The software effectively removes developers or testers from the development and testing process by making autonomous decisions based on changing facts.

Benefits of Artificial Intelligence in the Testing Outcomes

Given that today’s apps interact with one another via APIs, increase in complexity into nonlinear models, and rely on legacy systems, the scope of software testing has never been greater. Artificial intelligence will be a critical step forward in overcoming quality assurance difficulties in the future. The advantages of introducing AI into the development cycle include increased accuracy due to reduced human involvement and an increase in the scope and depth of tests, which enhances quality significantly. An AI-backed testing process may create test cases and generate test codes automatically, and it can also run automatically anytime the source code is modified, notifying testers and developers in the event of a failure. An AI-powered testing process may generate test cases and test codes automatically, and it can also run automatically whenever the source code is changed, alerting testers and developers if something goes wrong.