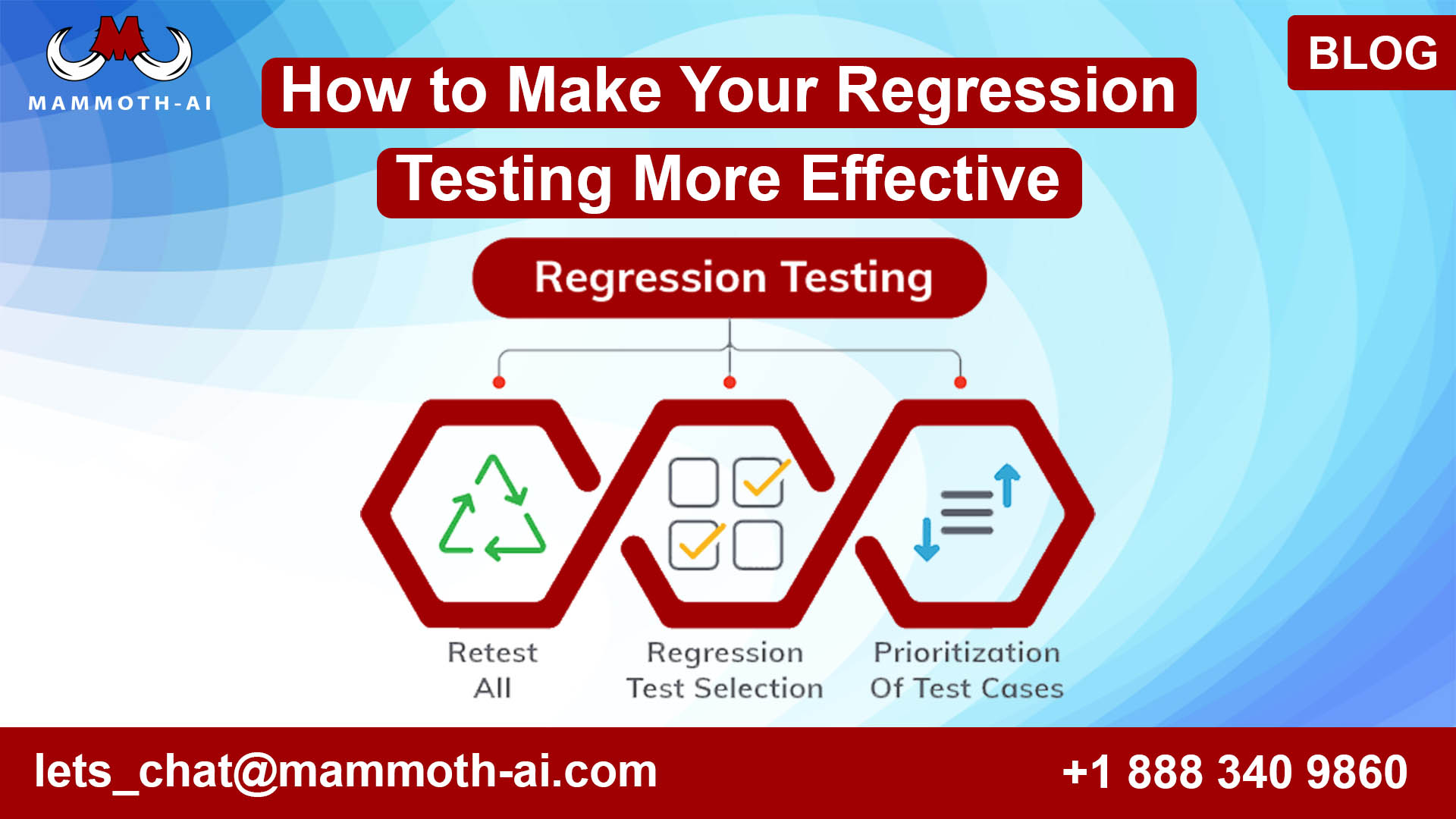 Throughout their life lifetime, software products go through a lot of modifications. Regression testing is necessary when the product undergoes a change.

Failure to undertake adequate regression testing can result in a lot of unnecessary pain — it’s possible that everything in the new sprint is working great, but the previously created features and functions are broken. If this occurs, the customer will not enjoy the new capabilities and will get enraged, annoyed, and difficult to deal with.

In this post, we will go through the basics of regression testing and the contexts in which it is used. We’ll go over the issues that a quality assurance manager could experience while performing regression testing in great detail. Later, we’ll look at how to come up with an effective and efficient regression testing plan to address these issues.

What is Regression Testing?

According to the ISTQB glossary, regression testing is defined as follows:

“Testing of a previously tested program after it has been modified to guarantee that faults have not been introduced or found in portions of the software that have remained intact as a result of the changes.” When the software or its environment is modified, this procedure is followed.”

When to perform Regression Testing?

When any of the following situations occur during the software development lifecycle, regression testing is performed:

As the product’s functionalities and capacities grow, so does its complexity. Finally, when testing the application for regression, the quality assurance team may face time constraints and management pressure.

Before you can design a counter strategy for such issues, you must first understand them thoroughly. Let’s take a look at some of the most typical regression testing challenges, which are listed below:

As the workload grows, new testers may be added to the team. The new team members learn about the new modules, subsystems, and components they’ve been assigned. This understanding may be adequate for significant functional testing, but it is insufficient for regression testing. With only limited knowledge, you can’t perform thorough regression testing.

As a result, delivering knowledge of existing features and functionalities to new members becomes a difficulty for testers. Similarly, fresh testers are apprehensive about learning about what transpired in the past.

In such cases, a consistent test management and requirement management approach must be followed so that new testers can efficiently execute regression testing.

It is your responsibility as a quality assurance manager to persuade management of the necessity and value of regression testing. You’ll need to think about how to create an efficient and successful regression test method. Remember that management wants to give you the least number of resources, time, and money possible, so craft your request accordingly and be prepared to explain your request.

How to make your Regression Testing Effective?

New features and changes are merged with current functionality as they are incorporated in the software product. These integrations are notoriously difficult and prone to errors and problems. This means that examining the effects of modifications and integrations of multiple modules, systems, or sub-systems can help you improve your regression test strategy.

The trick is to figure out where the points of integration are and how the updates, new features, or bug patches have impacted previous features and functioning. Create new test cases to test and verify the integrated application’s correctness. You can now add these test cases to your regression suite.

Focusing on the issue areas is another crucial step toward good regression testing. Some software modules have fewer errors than others due to a variety of reasons such as the complexity level of each module, the developer’s competence, and the clarity of requirements. This is also visible in the bug reports, which show that some modules have a higher number of difficulties than others. You can look at the bug complaints and figure out which regions are the most problematic. Similarly, you can investigate user-reported issues that happened as a result of regression testing oversight.

You’ll get a clear image of any problematic places or challenging integration spots this way. As a result, you must concentrate and priorities testing of these risky aspects. During periodic cleanup of the regression test suite, take great care not to eliminate the corresponding test cases.

You can, for example, eliminate test cases for requirements that are no longer valid. Otherwise, if the original and modified requirements indicate two different things, there may be a dispute. Similarly, it’s possible that you established a test case for confirming the integration of two modules, say Module A and Module B, and that you’ve double-checked its operation. There hasn’t been any change or requirement that has had an impact on the functionality of integrated Module AB. In this situation, you can delete the test cases that were created for the integrated Module AB verification.

Nothing beats random testing at the end, no matter how cautious you were when creating test cases or how many possibilities you covered. Set aside some time to perform random testing on the application. These haphazard tests could cover whole process cycles. You could also put yourself in the shoes of various consumers and try to portray real-world circumstances as users engaging with the system.

This is more of a human resource management issue. Because the quality assurance manager is in charge of a group of individuals, he should be concerned with their motivation and interest. If the same tester is asked to perform regression testing over and over, he may become bored, indifferent, or acquire tunnel vision. He will eventually lose motivation, and the quality of testing will deteriorate, allowing flaws to make it into the live release. As a result, a preferable strategy is to continuously rotating your personnel and assign regression testing to different testers.