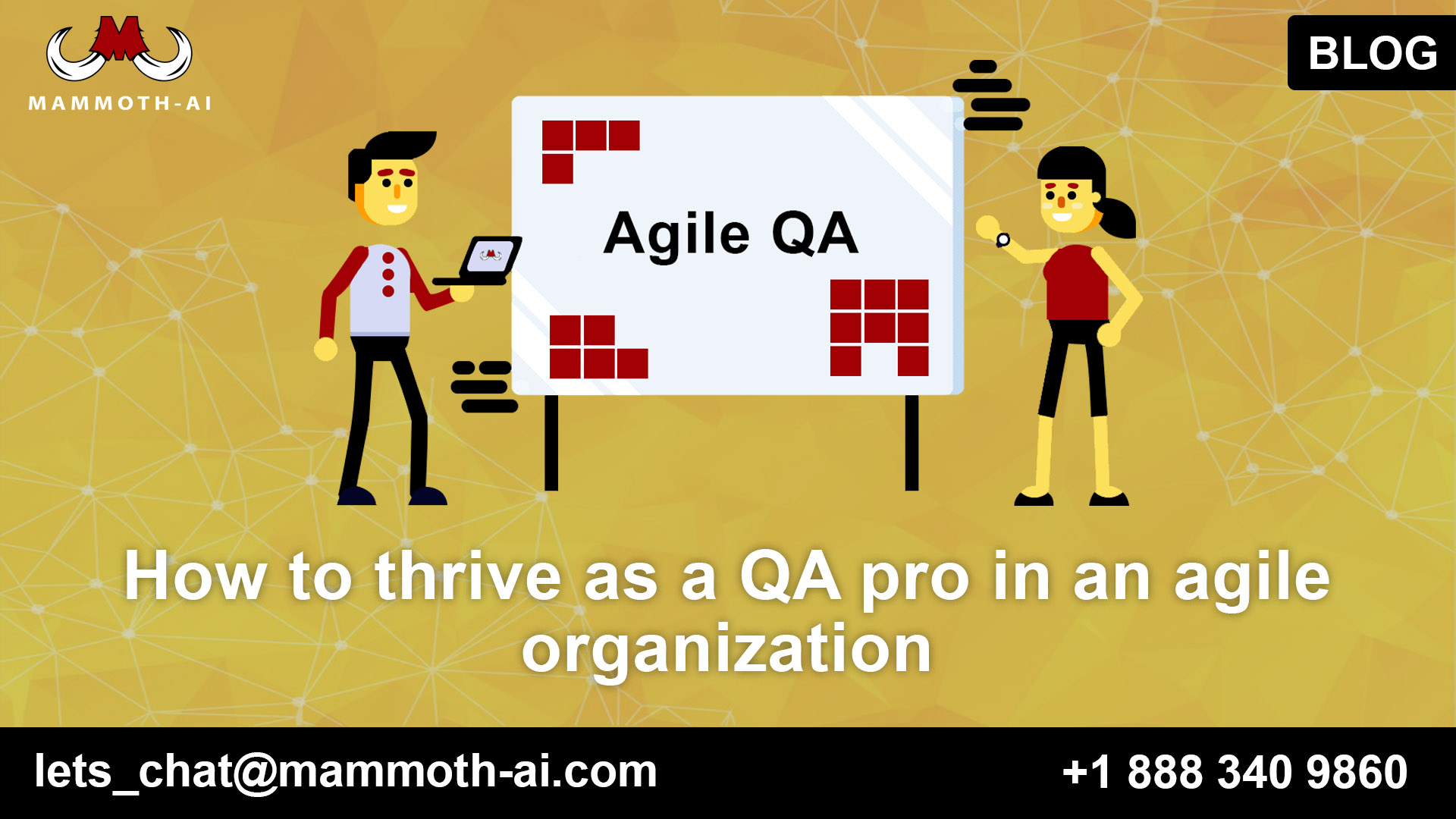 The interaction between QAs and developers has altered in recent years as the adoption of agile methodologies has grown. An excellent example of this progression is the blurring of the lines between the two roles.

A QA engineer’s role used to be more closely associated with the job title, testing, and certifying code quality. Working with a waterfall technique, a QA person may return undeployable code to developers or release the code to production once it has been tested and certified. Devs were unconcerned about testing and validation, and hand-offs were the norm.

Agile has ushered in a new attitude and a slew of new duties for developers and quality assurance professionals, which not only improves software delivery but also makes us better at our professions.

When working as a QA professional in an agile environment, here’s what to expect.

When working in an agile environment, the distinction between a developer’s and a QA’s role is blurred. Our daily routine is fairly similar, as it begins with a stand-up meeting in which all sprint tasks are visible on a Scrum or Jira board.

If tasks, or stories, are ready—that is, they signal that a given feature is usable—the QA professional collaborates with the story’s lead developer to confirm that this is the case. You must ensure that the acceptance criteria established by the architects and product management team have been met.

Following a brief examination of the story, you either collaborate with a developer to improve it, or you engage with the product team or architects to ensure that the deployment’s testing needs are met. In essence, you’re working to advance stories in the same way that coders do. However, the position of the QA professional is increasingly becoming one of test automation related to stories.

Because this is part of what it means to verify that a narrative is “done,” developers are increasingly performing functional acceptance testing of their code. This is an agile development core principle that encourages developers to take ultimate responsibility and ownership for how their code operates in production.

Because QA professionals and developers work in the same pre-production environment, a more holistic definition of “done” is required. Because the code base is the same as the live application, if a change needs to be tested at the pull request level, it is done here.

As a result of this shift in responsibility, the developers you work with are becoming more T-shaped. That is, their primary role is to code, but testing and validation are necessary for that function to be completed. Of course, QA professionals collaborate with developers to determine how test automation techniques will be applied, but developers are ultimately responsible for delivering deployable code.

Developers aren’t the only T-shaped team members, of course. Working in an agile environment entails sharing responsibility and, by extension, work. While a QA professional’s primary responsibility is test automation, you, like other team members, can also take on development chores.

In an agile business, developers are responsible for reviewing, testing, and validating code, which means the QA position has changed. (You wouldn’t have much to do if it didn’t.) QA professionals are now spending a lot more time coding—but for a different purpose.

Once some activities have been performed and are ready for production, advanced automation may be achieved. This is where QA professionals must maintain a careful check on the Scrum board and the progress of stories, since there may be possibilities to add more automation later. Automation to validate an entire feature, for example, might be used in conjunction with continuous integration and continuous delivery procedures.

What you need to succeed

Reaching business objectives in an agile environment necessitates orchestrating a cadence of activities that aid in achieving those goals. Collaboration and communication among teams, whether technical, customer-facing, or business stakeholders, are critical to this orchestration.

As a result, you must be able to communicate with each of the agile teams involved throughout the software development lifecycle as a QA professional. Being a good communicator is important whether you’re giving input at Scrum retrospectives, working with architects and product managers during the early planning stages, or presenting proofs of concept for automation tools.

Individual learning is also important. When it comes to programming languages and tools, it’s easy for QA professionals—and developers, too—to stay with what they know. However, the technological world changes swiftly.

Make time to go further afield to see what new technologies and techniques are on the horizon to keep on top of improvements. Working smarter, not harder, is the ultimate goal of agile. This is made possible by advances in technology and tooling, so stay on top of it.