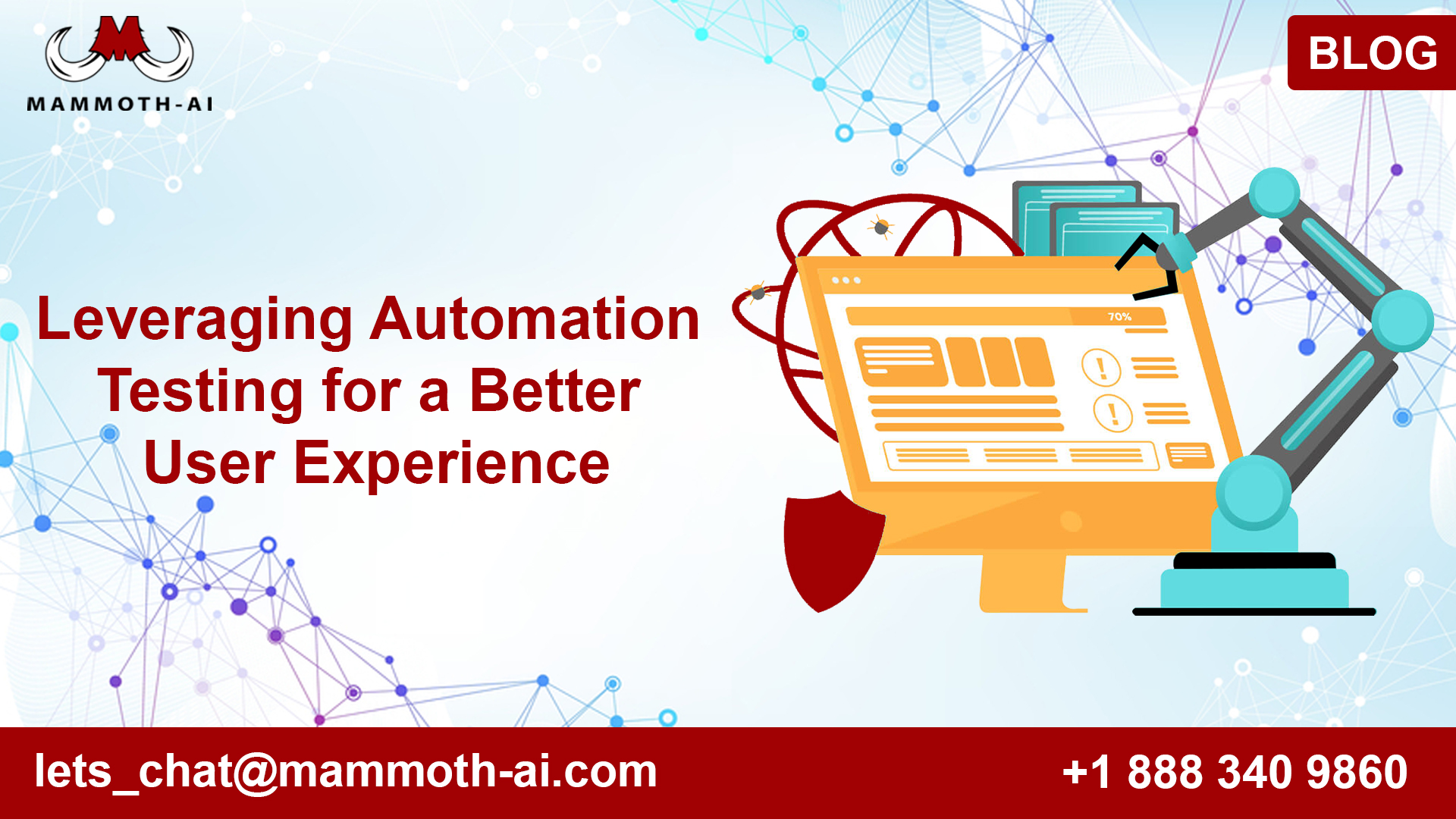 We are on the verge of an automated future, given the rate at which corporations are churning out digitally creative apps every day. Automation and artificial intelligence have changed the world as we know it, from self-driving cars to improved Netflix suggestions. According to Ray Kurzweil, Google’s Director of Engineering, computers and machines will be smarter than humans by 2029. Computers can now not only tackle complex and nonlinear issues, but they can also execute activities that need reasoning and even forecast future consumer behavior based on past trends, thanks to recent technological advancements.

In software application development and UX design, automation plays a critical role; with an automated development and testing approach, organizations may create engaging products, streamline team workflow and operations, and, most significantly, improve the process of providing design input.

Need for Automated Testing for Applications

Why You Should Opt for Automated UX Testing?

The key to ensuring a positive user experience that will keep them coming back for more is to take a user-oriented approach to testing and development. Keeping up with customer expectations and requests has become a difficult chore for automated testing firms and development teams, with the introduction of new platforms, many devices and interfaces, varying network connections, and screen sizes. Agile approaches, on the other hand, enable teams to have shorter sprints and test cycles, and facilitate the process of continuous testing, as well as the automation of testing processes, which not only improves testing quality but also keeps end-users happy. The following are some of the most important advantages of automated user experience testing:

Efficient resource allocation — manual software application testing typically needs more human resources and time, whereas automated testing reduces the requirement for the majority of those resources, allowing them to be used for other high-priority tasks. Even while it takes some effort and time to set up and ensure that procedures operate smoothly, once they are up and running, automated tests may run virtually unsupervised, requiring testers and developers to just review the results after they are completed.

Cost savings – Although the upfront expenses of automated testing and assimilation are significant, it should come as no surprise that hiring an automation testing business will save the organization money in the long run. With process automation, testers can notice an issue early in the development process, preventing it from snowballing into a much larger problem later on, saving the development team a significant lot of time, effort, and money.

Higher test coverage – automated testing makes it easier for teams to create a variety of test cases and test a variety of scenarios, such as different operating systems, mobile devices, browsers, connection speeds, and screen resolutions.

Higher return on investment – one of the most appealing characteristics of user experience testing automation is the achievement of a long-term competitive advantage and the creation of value for all stakeholders. The rise in operational efficiency leads to a direct increase in team productivity, which leads to profit maximization.

Performance testing – In order to conduct accurate and reliable stress and performance tests, the organization must automate their testing process. This is because automated tests can mimic hundreds of thousands of virtual users, which is impossible to achieve with manual testing.

Intelligent algorithms – Creating an application to provide a better user experience boils down to the smart algorithms of artificial intelligence. By processing data from multiple platforms about site visitors and their behavior, a system backed by artificial intelligence is able to develop performance metrics for testing the application in order to optimize the user experience as per the derived insights.

Quantitative usability testing – Due to the massive amount of data accessible, processing it without automation and artificial intelligence is nearly difficult. Testers and developers can use machine learning mechanisms to track and analyses a wide range of critical user experience metrics, such as user location, session time, session length, features or categories viewed, the type of device the users are using when they visit the website or app, pages visited, bounce rates, user flow, and exit pages.