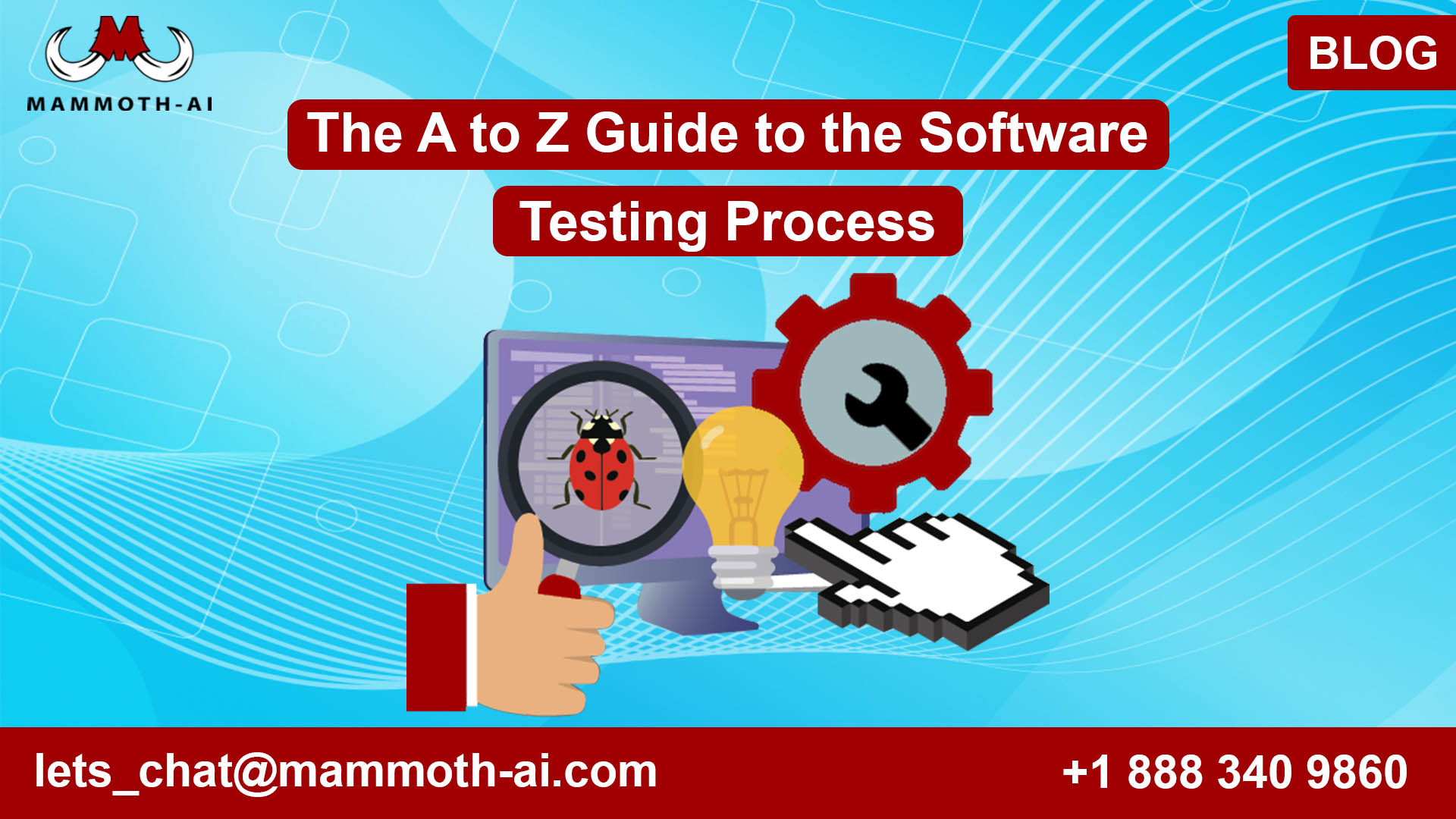 This software testing guide is the next logical step after what we’ve already discussed. We’ve covered a wide range of topics and spent a lot of time talking about software development methodologies including Agile, waterfall, Scrum, and the V-model. And rightfully so.

I’ve noticed how Method and Methodology Play a Crucial Role in Project Success throughout the years—following the appropriate process can be just as important as having the right person for the task. You can employ the best of the best for your team, but it won’t matter if they don’t have a solid process in place to keep them on track during delivery.

So, since I am a tester, I believe it is important to shine a light on testing. Given that this is a refresher, let’s focus on the essentials.

What is Software Testing?

Software testing, according to the internet, is the process of running a program or application with the goal of finding bugs. Testing, in my opinion, is the process of ensuring that software meets its commercial and technical criteria. Testing is the most common way to ensure that the finished product meets all of the standards.

You must plan for adequate testing of your product, regardless of the methods used. Testing ensures that the final product performs as expected and helps you avoid live defects that can harm your product’s financial, reputational, and sometimes regulatory standing.

Who are the key parties involved?

Will you scoff if I declare that everyone involved in a project is a vital contributor? I can see you nodding yes, so let’s get started. Contrary to popular perception, a dedicated Testing phase isn’t enough to catch all of your product’s flaws.

Testing should be a way of life for project teams, and it should be a part of every interaction and job they undertake.

Everyone involved in a project is a critical party in this sense. DIT is done by developers, Product owners evaluate copy and perform hands-on testing, BAs are continually reviewing requirements, and Project managers and Scrum masters review plans on a frequent basis to re-align priorities and extract maximum value. Everyone is constantly testing in their own manner.

The Test Manager and Test Leads/Coordinators, Project Manager/Scrum Master, Project Sponsor/Product Owner, and Business Analyst oversee the Test phases of a project, with the help of Development Leads, Testers, Architects, and other support teams, to bring it all together (like the Environments team).

There is a core process to software testing, whether it is Agile or Waterfall, Scrum or RUP, traditional or exploratory. Let’s look at the individual parts that make up the whole.

A test strategy and plan are required for every project. The scope of testing for a project is described in these artefacts:

And so forth… You must have a Test Strategy and Software Testing Plan in place, regardless of the methodology your project uses. Make two separate papers out of them, or combine them into one.

Even Agile projects will struggle to be effective without a clear test strategy and detailed test plan. You might wonder why. The act of developing a strategy and plan, on the other hand, brings to light a lot of interdependencies that you might not have considered otherwise.

A test plan, for example, will help you identify what Operating Systems (iOS/Android), OS versions (iOS 7 onwards, Android 4.4 onwards, etc.) and devices (last three generations of each type of iOS device, certain models of Android devices) you need to test the app for.

Typically, a functioning organization will have nailed their device and OS support strategy and will review it quarterly to keep up with the market; test managers will help validate the enterprise-wide strategy against project-specific deliverables by developing a strategy or plan for their project.

You’d be shocked how often projects had to drastically adjust their plans because they didn’t think about support strategy early enough. The test strategy also aids in the definition of admission and exit criteria for testing. This serves as a checkpoint for the remainder of the team. If the deliverables do not meet a certain level of quality, they will not be tested; similarly, if the tested code does not meet a certain level of quality, it will not be moved to the next phase or put into production.

Testing serves as a vital gatekeeper, bringing to light any issues that could otherwise go unnoticed.

The next step is to create a test suite now that you have a strategy and a plan. A test suite is a set of test cases that are used to verify that the system being constructed meets its original specifications.

The Test Manager’s expertise with similar projects over time, the testers’ understanding of the system/functionality being tested, and current testing methods at any given point combine to form test design as a process. If you work for a company in the early phases of developing a new product, for example, your focus will be on finding major flaws in the alpha/beta versions of your software rather than making it fully bug-free.

It’s still a question mark if the product has reached the vital “star” or “cash cow” stages of its existence. And you’re presumably backed by investors or have another product that is subsidizing your new venture until it can break even. You’re attempting to make substantial strides—more like giant leaps—with your product before unwrapping it in front of customers. As a result, you’re less concerned with aesthetics like appearance and feel and more concerned with core functionality that distinguishes your product from the competition.

To screen out difficult, critical defects, you may employ less negative testing and more exploratory or disruptive testing in this situation. You might wish to postpone the more thorough testing until you have a working product. As a result, until you’re close to releasing your product, your test suite will be focused on testing fundamentals.

When you’re ready to release a version to your clients, you’ll want to conduct more scientific testing to ensure that it’s as bug-free as possible. If you’re testing an established product or system, on the other hand, you’re likely to already have a solid test suite. The core test suite is then compared to each project requirements to find any gaps that require additional test cases.

You may create a high-quality test bank using solid case management methods, which can assist your team Significantly Reduce Planning and Design Efforts.

Tests can be run in a variety of ways, including as single waterfall SIT (System Integration Test) and UAT (User Acceptance Test) phases, Agile sprints, exploratory tests, and test-driven development. Finally, you must conduct sufficient software testing to verify that your system is (relatively) bug-free.

Let’s put methodology aside for a while and focus on how you can get adequate testing done in a timely manner. Let’s return to the example of developing a mobile app that works on several operating systems, OS versions, and devices. “What is my test environment?” is the most crucial question that will guide your testing efforts.

Can you commission the creation of such an end-to-end environment in time for your sprints to begin? Maybe not, depending on how your IT department is set up. This is where the debate about agile vs. more flexible approaches arises. Could you have predicted this need before the races started? Most likely not.

Given the nature of Agile projects, you may only have a few weeks between starting a project and beginning delivery sprints, which is insufficient time to commission an end-to-end test environment if one does not already exist. If everything goes well, you’ll have a test environment that meets your needs, is setup to serve your project, and has all enablers built to your specs. If not, you’ll need to change your testing strategy.

We’re going to run front-end tests using a dummy back end to facilitate in-sprint testing while we wait for an integrated test environment to be ready. Integration tests are frequently scheduled after delivery sprints and before release. Your team can then conduct a System Integration Test, which will focus on how the app components interact with the back end to give the required functionality. While app-specific defects will be identified mostly during sprints, functional end-to-end bugs will be discovered during the integration test. After that, a UAT cycle can be used to put the finishing touches on the look and feel, copy, and so on. The supporting infrastructure, project, and team structure in your organization all influence how your team executes test cycles.

Early review of test environment requirements is now widely recognized as a cornerstone of good project management. Leaders are considering permanent, duplicate test environments as a means of accelerating delivery.

So, you’ve completed the essential planning and testing, and now you’re ready to release your product. The exit criterion for signaling the end of the test cycle and preparation for a release must be considered. Let’s have a look at some of the elements of departure criterion in general:

As a rule of thumb, I’ve seen projects need a 90% pass rate and the resolution of all critical problems before moving on to the next phase of the project. I’ve seen individual releases progress to the next step (to enable beta pilots) with as little as 80%, with the understanding that the product won’t reach the customer until mandatory exit conditions are met. In the end, your circumstances and business expectations will determine what works best for your team.

Remember that no one can afford severe flaws in their product when it is released to the public, especially if it deals with sensitive data or finances.

Finish with a Test Summary and Defects Analysis, which includes information such as how many high/medium/low defects there were, which functions/features were affected, where defects were concentrated the most, defect resolution approaches (defer vs fix), and a Traceability Matrix to demonstrate requirements coverage.

Before we go – The Importance of Non-functional Requirements Testing

I’ve already written a lot about NFRs, so I won’t go into too much depth here. However, I will stress the necessity of understanding the testing needs for your NFRs from the start of your project.

Many of the NFR tests are technical in nature, requiring specific deliverables such as performant code, additional hardware, and accessibility regulations, among other things. Reviewing these alongside functional requirements will aid your team in identifying additional testing requirements (such as multi-language support for your app) and planning for such tests well in advance, ensuring that there are no surprises later in the project, such as ugly UAT bugs or legal/compliance concerns. NFR review should be included as a line item in test plans.

Encourage your employees to think of NFR examinations as a basic activity that they must do, rather than an extra one.

As I stated at the outset, the methodology you use does not prevent any of the process phases listed above.

In fact, adhering to testing standards and documentation meticulously on projects using Agile and comparable approaches will provide much-needed structure to how your team works. Testing is an essential component of any software development process.

Prepare sufficiently for testing and get the rewards of delivering a bug-free product the first time, every time.