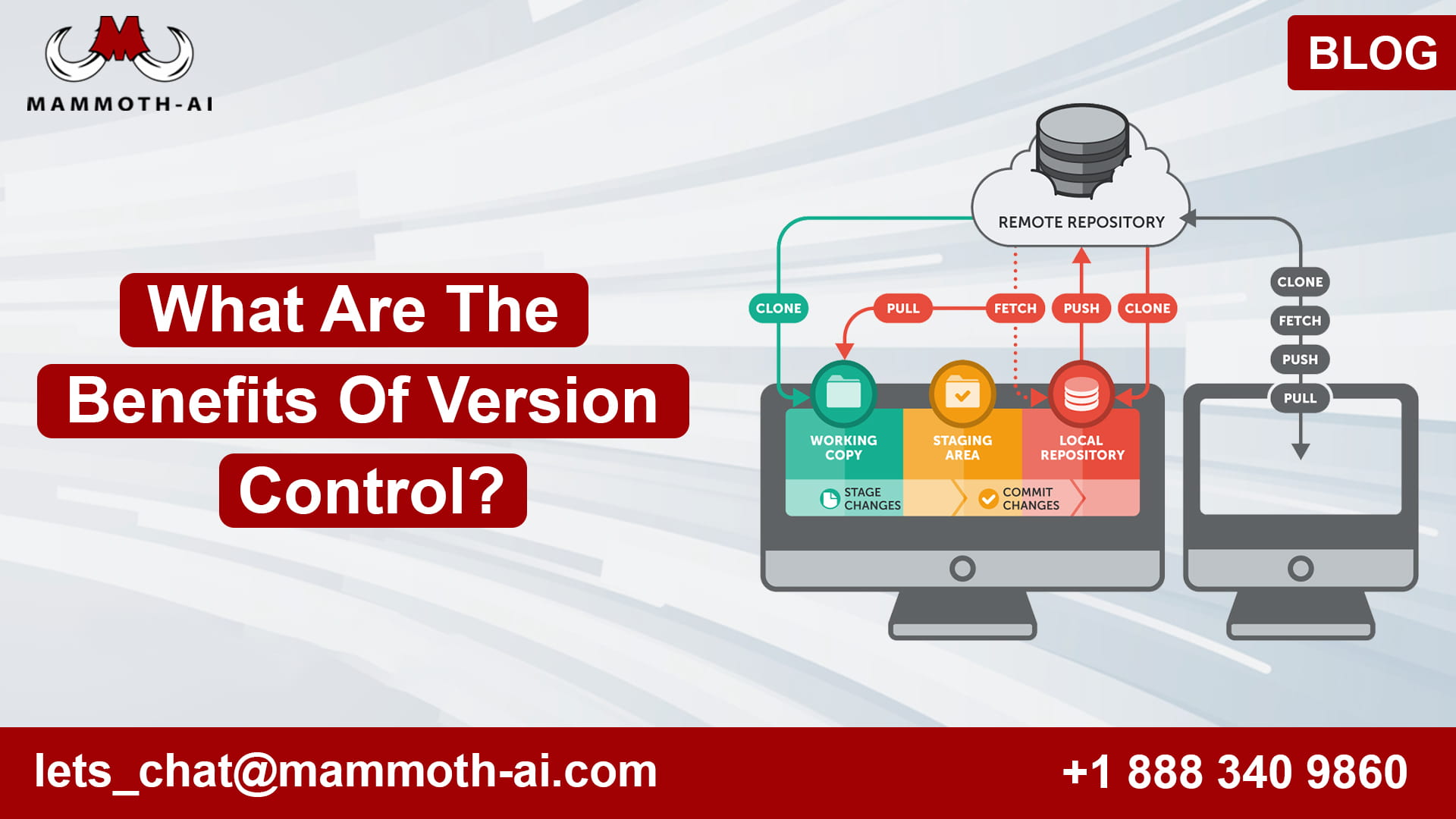 Version control, commonly referred to as source control, is a software configuration mechanism. It keeps track of modifications to a record, file, dataset, or document. A version is a collection of changes made to a record. Following that, each update will be available to further enhancements.

This succession of changes acts as an audit trail. It aids in the tracking of each update’s progress. It also serves as a foundation for further development or culminates in a final edition.

The development of digital assets, binary files, and version code all benefit from version control. It’s especially critical when it comes to monitoring and tracking changes. It allows all members of a team to work together on the most recent version.

We’ve listed all of the advantages of version control below. These are useful not only for software developers, but also for anyone working on files that change over time with others.

Traceability is a method that keeps track of all changes and modifications done throughout time. It allows users to track the progression of a file through its many stages. It keeps track of the contributions of a number of developers. Keeping track of changes from the first draught to the many revisions and, finally, the final version.

Furthermore, team members are able to determine the order in which the changes were made. It enables them to keep track of all of the amendments. It is advantageous when team members work on the most recent version of a dataset. It provides a comprehensive perspective of the dataset’s trajectory as well as an analysis of prior changes.

When a developer is working on the most recent draught, having the document’s history easily available allows the developer to comprehend the dataset’s purpose. It enables the developer to make modifications that flow in line with the project’s long-term objectives.

The document’s history contains crucial information about the author and the date of editing. It also explains why the adjustments were done. It will have an impact on the developer working on the most recent version, as it will aid in the resolution of issues encountered in previous versions.

The current team can relate documents to specific contributors thanks to the capacity to identify the document’s creator. As a result, the current team is able to find trends that can aid in issue remediation. This will help to improve the software’s general functionality.

Version control enables team members to work on the same document at the same time while being independent of one another, without influencing the contributions of other collaborators. Each contributor works on a separate change stream, which is referred to as a branch.

Using several streams, each team member can work on the same project by creating a branch (branches). These are independent of one another. It allows the team to combine their separate efforts.

Branching is typically used inside teams in segments with various workflows. These procedures could be for specific features or version releases.

When it comes to deciding how to employ their branching and merging strategy, team members are usually flexible. This is frequently dictated by the document’s kind and complexity.

The current team can examine the deletion, altering, and creation of datasets since the original copy thanks to version control. It clarifies the software development process.

It ensures that multiple versions of the same document can be distinguished. As a result, determining the most recent version is simple.

Reduction Of Duplication and Errors

Version management can help you avoid having several and/or out-of-date versions of the same document. As a result, errors caused by contradicting information displayed across various papers will be reduced.

After final analysis, absolute versions of documents should be switched to “read-only” state. It will limit the types of adjustments that can be made and provide minimal room for later inaccuracies.

Version control allows management to have a complete picture of how the project is progressing.

They are aware of the author, the aim of the changes, the progress timetable, and the influence that the changes will have on the document’s long-term goal.

It aids management in identifying reoccurring problems that could be caused by individual team members.

Version control facilitates open communication among coworkers and teams. Because the ability to share code and track prior work fosters transparency and consistency, it’s a good thing.

It allows for a more straightforward approach to process collaboration among team members.

This better communication has a cascading impact. It results in more efficient workflow coordination and allows team members to work more successfully. They’ll be able to work more in sync and harmony with one another while dealing with change more easily.

This portrays the team’s individual members as a single unit working toward a common goal.

Version control’s precise change tracking is an excellent technique to prepare your records, files, datasets, and/or documents for compliance.

It is vital to maintain a thorough audit trail in order to effectively manage risk.

It entails taking responsibility for any database changes and identifying team members who had access to it.

Updated versions of these sophisticated processes are gradually implemented. When mistakes are discovered, the upgraded versions allow developers to rollback to an older version.

If you rollback to an older version, testing gets easier because faults are noticed more immediately and with less user effect.

Software configuration management can be done in a practical and secure way with version control.

It allows developers and organizations to work more quickly on increasing the quality of their product while recording and reviewing a complete history of their advancements, resulting in a successful end-product.