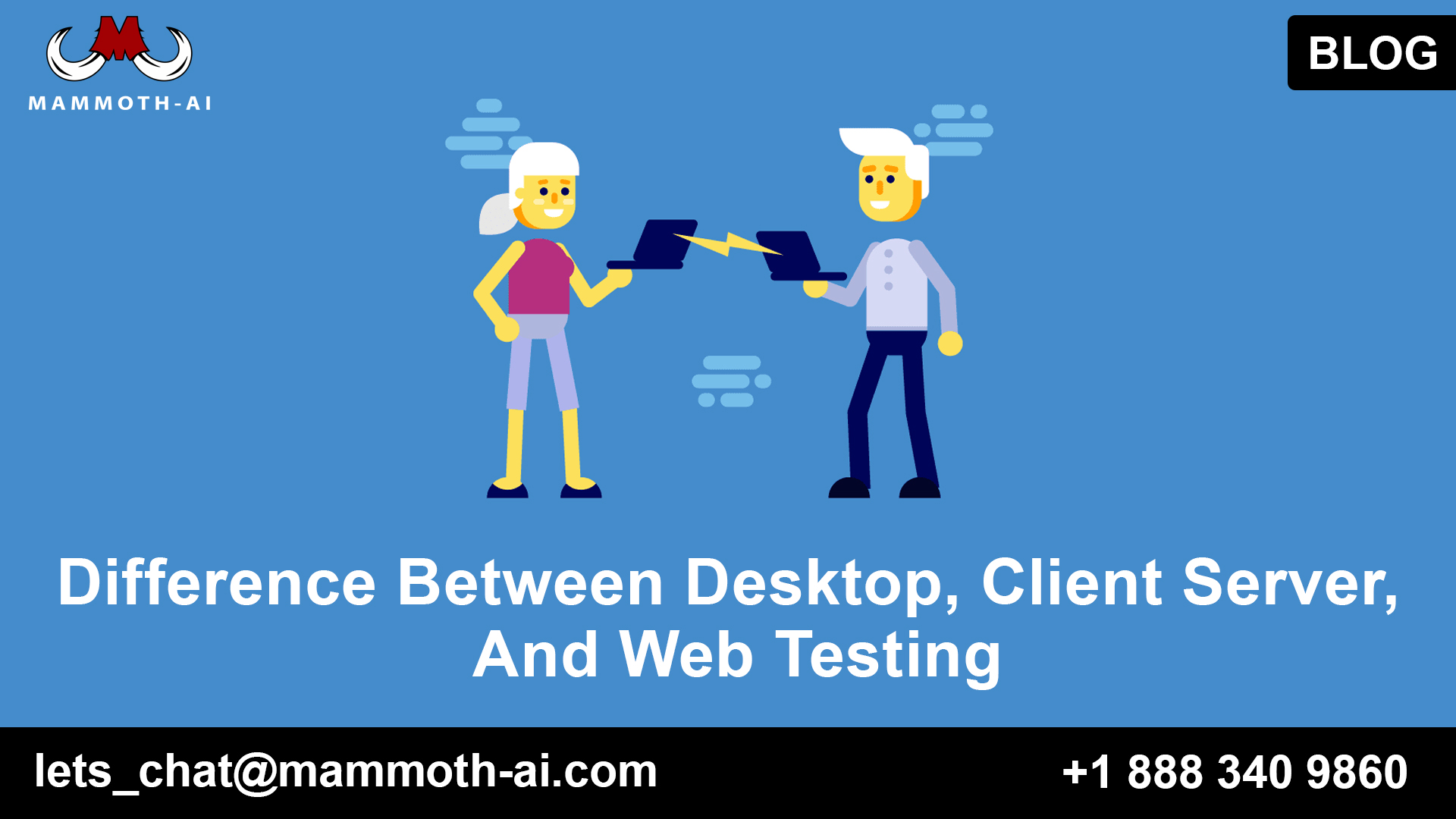 As previously said, testing is performed on many types of applications, and how we perform testing in various environments varies.

What Is Desktop Testing

Types of Testing to perform

Below listed are the different testing techniques to be performed for a web application:

What Is Client-Server Application Testing

The Client-Server application is a combination of two systems: the Client and the Server. In this case, the client and server communicate via the computer network.

Types of Testing to Perform

Below are the different testing techniques to be performed:

What Is Web Application Testing

Hence, this is also known as three-tier application testing.

Below are the different testing techniques to be performed:

Types of Testing to Perform

Keep in mind that, while these three environments differ, the core Quality Assurance and testing principles stay unchanged and pertain to all.