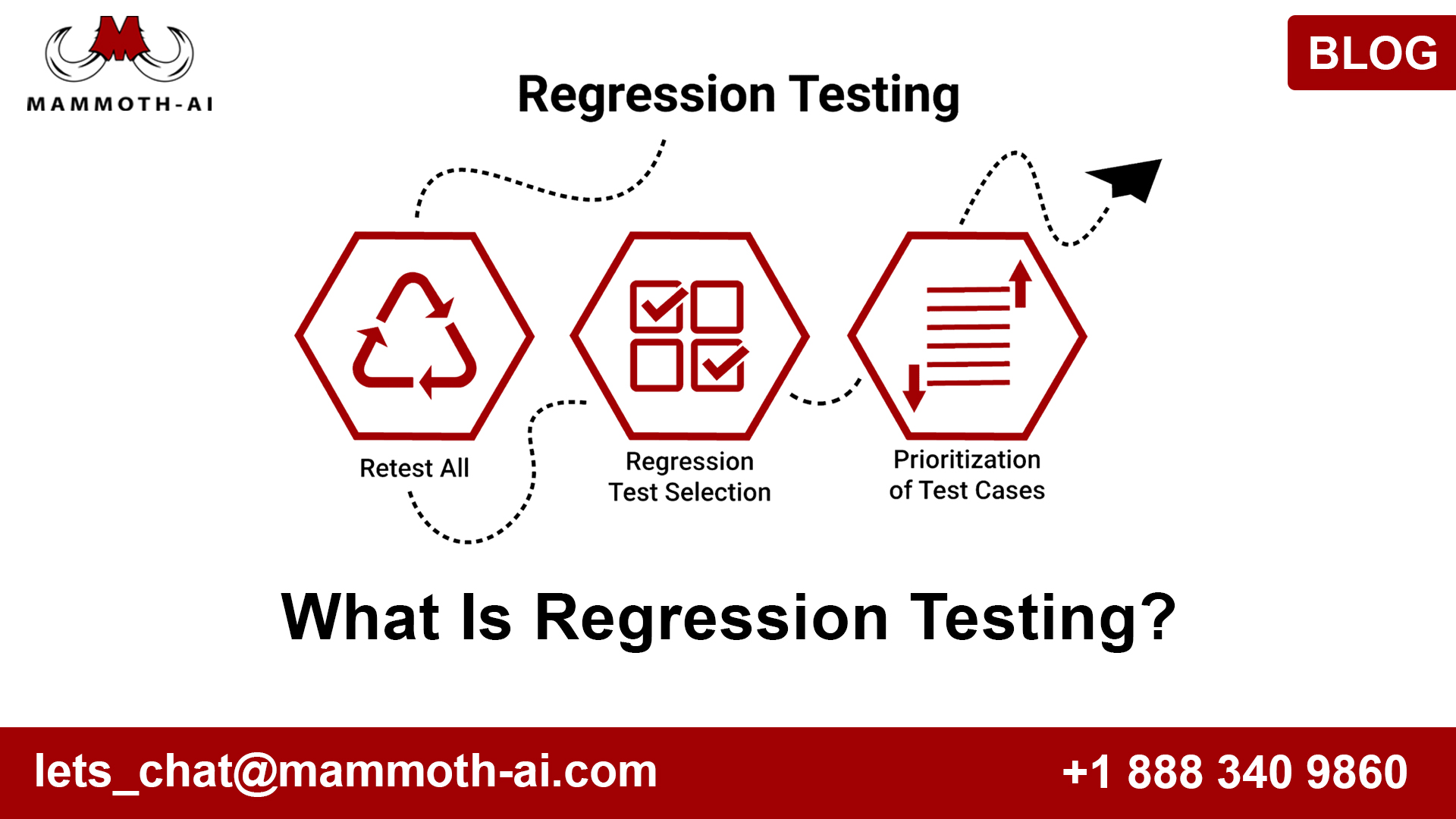 Regression Testing is a type of Software Testing in which test cases are re-executed to guarantee that the prior feature of the app is still able to operate and that the recent changes haven’t yet created any new bugs.

Whenever there is a major change in the initial features, even if it is only a single bug fix, a regression test can be done on a new build.

Regression is the method of examining the software’s constant parts once more.

When to Perform This Test?

Regression testing is usually done after modifications or new features have been validated. Regression tests should be implemented into the everyday test cycle for the update which will take months to finish. When Functional Testing for the developments is finished for weekly updates, regression tests may be conducted.

Given below are the various types of Regression:

Unit Regression occurs during the Unit Testing stage, and code is checked in isolation, i.e., any requirements on the unit to be evaluated are stopped so that the unit could be examined individually with no difference.

Partial regression can be used to make sure that the program continues to operate appropriately even after changes are made to the software and that unit is integrated with the same as it was or already existing code.

Complete regression is applied whenever a change in the code influences different modules, also when the effect of a transition in any other module is unsure. The product is regressed to search for any changes induced by the changed code.

Given below are the various techniques.

As the title indicates, the actual test suite’s test cases are re-executed to make sure that no glitches have occurs as a consequence of a transition in the code. This method is much more expensive than the others as it requires more resources and time.

The hybrid model integrates Regression Test Choice and Test Case Priorities. Instead of choosing the complete test suite, choose only the test scenarios that are re-executed based on their priority.

Difference Between Regression and Re-testing

Re-testing is executed for test cases that perform poorly during execution and the bug brought up for the same, while the regression check needs to cover other test cases as well to make sure that the bug fix has not affected any other features of the Product.

Regression testing is one of the most crucial components because it makes sure that any transition in the script, no matter how tiny or massive, doesn’t really affect current or old capabilities.

There are multiple automation testing tools available for automating regression test cases; however, Mammoth-AI offers you a platform to choose an AI tool based on the project’s demands. Because the Regression testing procedure should be maintained on a regular basis, a tool that really can upgrade the test suite is necessary.

With that, we reach the conclusion on this subject and hope that there will be much better certainty on the specific topic moving forward.