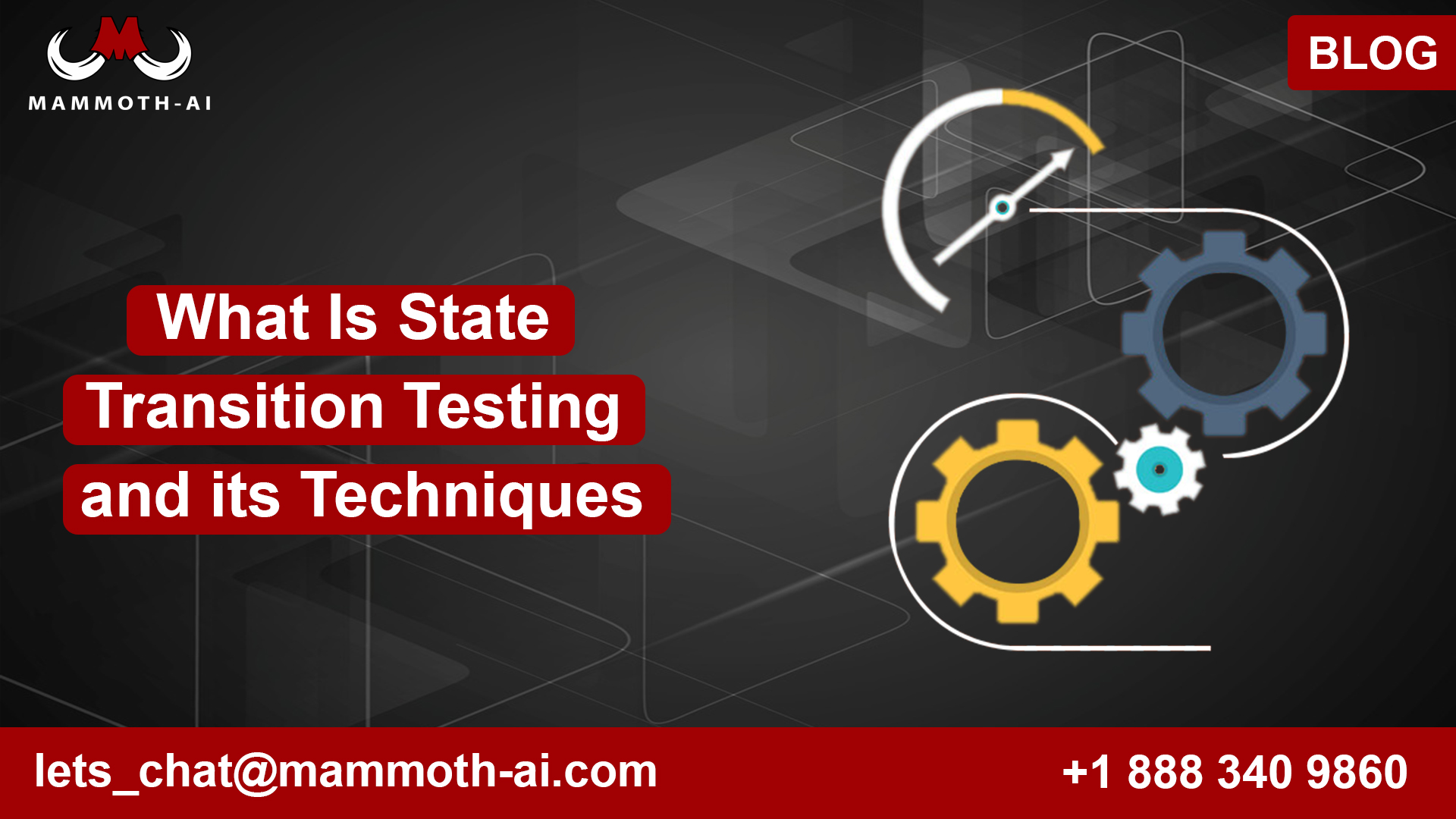 We’ll look at a technique called state transition testing in this article. In “finite” systems, this form of testing is effective. These are systems in which specified events occur in predetermined sequences with predetermined inputs and outputs. “Finite State Machines” are the name given to these finite systems (FSM).

When developing software for a variety of machines and applications, it’s critical to ensure that all areas of the software’s functionality are thoroughly tested. Software engineers must not only comprehend how a piece of software functions internally, but also how it functions in practice. As a result, they must ensure that all inputs and outputs are taken into account before the software is released.

As a result, software engineers employ a variety of testing techniques. In truth, there are numerous types of software that require distinct testing procedures to ensure that they function effectively.

We’ll go over several state transition testing approaches in this post, as well as some application examples to better understand this type of software testing. To conclude things off, we’ll look at some of the benefits and drawbacks of this approach.

What Is State Transition Testing?

State transition testing is self-evident when we look at the phrase. To be clear, this testing approach refers to the evaluation of different states inside a system depending on certain inputs and outputs.

Many everyday objects would have been tested using this procedure, even if we weren’t aware of it. Digital alarm clocks, ATMs, and automobile display settings are just a few examples. State transition testing would have been used by a team to ensure that all of the numerous inputs and outputs were examined and that they worked properly.

As a result, state transition testing entails sketching out all of the possibilities that can occur when employing software within an FSM. This entails analyzing all of the states that the software application will go through using diagrams and tables. It demonstrates how each input in the system leads to a transition and a final output.

To give you an example, when you go to an ATM to withdraw cash, you pass through several states. These phases cover everything from entering the correct password to withdrawing a specific amount of money dependent on your account balance.

To test all of the many scenarios of the ATM program, a software engineer would have employed state transition testing. Everything from inputting the wrong or proper PIN to withdrawing funds or not being able to withdraw funds. Before a product may be certified for use, each sequence of probable functions, or pathway, must be tested.

As previously stated, this kind of testing employs a variety of tools, including graphs and tables. Both of these strategies enable the software engineer to obtain a better grasp of how the software works without having to learn the product’s underlying workings.

Graphs depict all of the different states as boxes or circles. They utilize an arrow to show each transition and input from left to right. This enables the software engineer to demonstrate various stages of the changeover process. They can also indicate with an arrow when certain transitions will take you back to the beginning, or when certain inputs will end the application.

On the left, you can show all states of the application process, and on the right, you can list all the different inputs (both valid and invalid). You can then see which inputs lead to various transitory states by looking at the numbers and letters in the right-hand columns.

Software engineers can acquire a wide understanding of how the software operates using both of these strategies. To put this in context, this procedure is seen while attempting to log into an application. The login and password would be the input. The outcomes of all the possible input combinations would be the transitory states. This includes providing access on the first try if the password is correct, or blocking access if the password is incorrect.

This technique of testing can assist in ensuring that a system performs correctly under all circumstances. You can easily see all permutations of inputs and their related outputs using tables and graphs to check the system functions as it should.

It is clear from the previous explanation of the testing process that this is a useful technique to acquire a bird’s eye view of how an application function. While we’ve shown how this approach can be utilized with simple examples like an ATM and a login procedure, it can also be useful when testing out more complicated applications. This would necessitate the use of far more complex graphs and tables.

However, when it comes to software applications with a large number of inputs and outputs, this testing strategy is limited. Complex software may necessitate a more comprehensive testing approach, such as exploratory testing.

As a result, while this approach has its advantages when testing certain types of systems, it isn’t really appropriate for more complex applications with a huge number of inputs and outputs.

Finally, this testing method performs admirably when applied to finite systems with fewer parameters. However, it would not function as well in more complicated software systems, which may necessitate a larger and more exploratory approach.