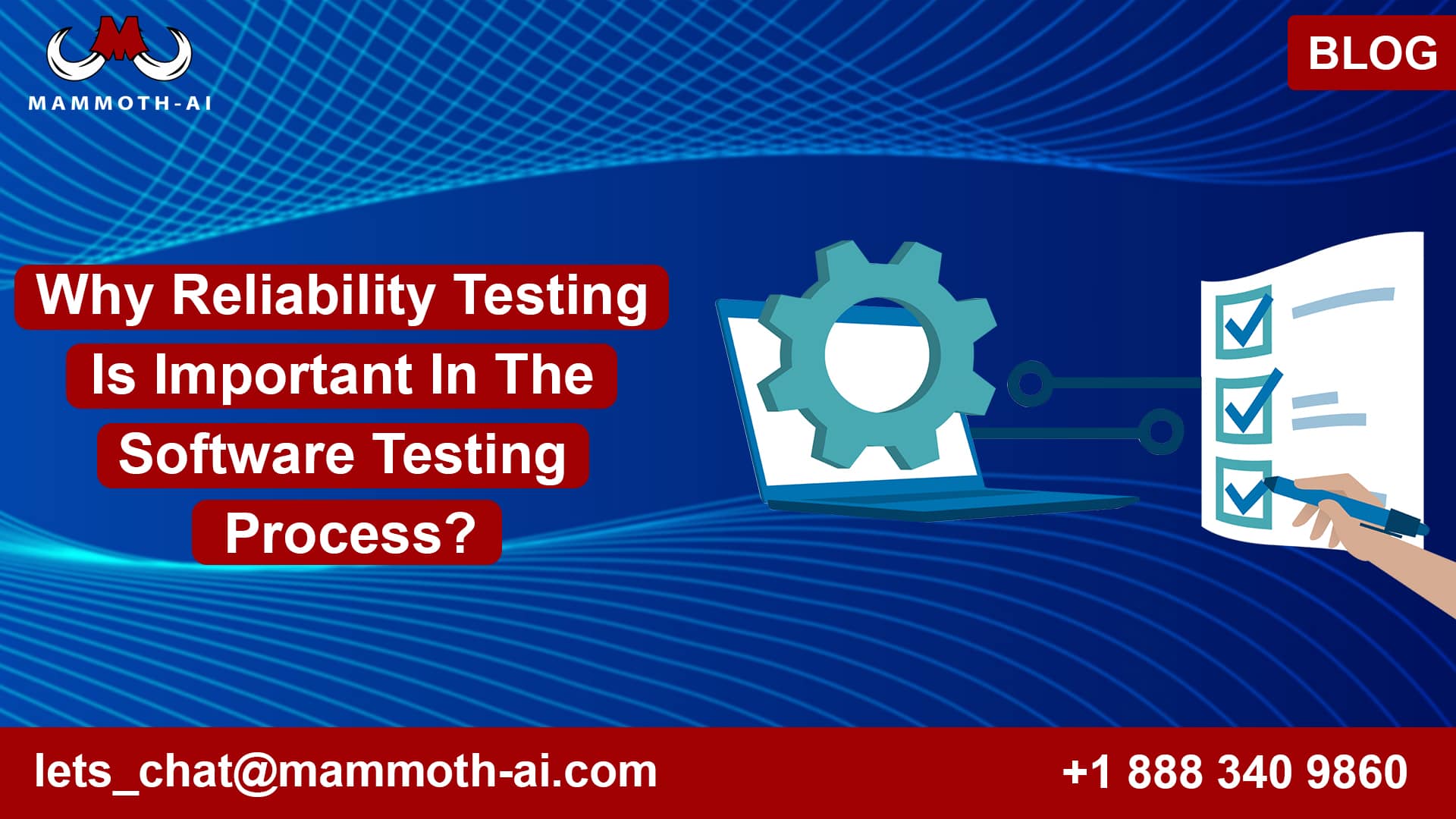 We will present a brief explanation in this post to help you understand why reliability testing is vital in the software testing process.

Prior to releasing software to the client, it is critical to ensure that it is as reliable as feasible for as long as possible.

You can assess the software’s dependability using a variety of approaches. This is an important step in the software development process (SDLC).

What Is Reliability Testing?

The goal of reliability testing is to determine the dependability of your software’s functions. To do so, you’ll need to run reliability tests in a specific setting for a set amount of time. This is a crucial step in the software testing procedure.

To determine the average time between software failures, you must first set up some criteria. You should also keep track of how long it takes to repair these issues on an average basis. There is a specific formula for doing so. It gives a numerical perspective on where the software’s flaws are located.

Developers can acquire an overview of the program structure with this type of testing. Then they’ll be able to pinpoint where things go wrong. When bringing new features into the software, it’s critical to continually monitoring for reliability.

To put it another way, reliability testing can be used throughout the software development process. You can, however, priorities it based on your budget and time limits. This is also dependent on the type of software you’re creating.

The three basic methods of reliability testing are discussed here to give you a better idea of how this works in practice. Feature tests, load tests, and regression tests are the three types of tests.

These three basic methods of reliability testing can be used by developers to test certain components of their product. Given the fact that software may be extremely complex, this makes logical. As a result, teams will need to concentrate on a specific region in order to identify any concerns.

This is critical to test because it is the client-facing element of the software. Software failure can result in not only a poor user experience, but also problems that might have a detrimental impact on a company’s bottom line.

Feature testing, as the name implies, examines all of a software product’s features. In the reliability testing procedure, this is the initial phase.

First, you’ll run through all of the features. Then, to allow testing teams to double-check each feature’s execution, limit the interaction between features. This ensures that the functionalities function properly every time.

All software functions must function properly. However, it’s just as crucial to make sure that these features can scale. Especially while creating a business product.

After you’ve completed feature testing, you can go on to load testing. This is to see how all features perform when subjected to the greatest workload.

Testing teams can obtain a decent picture of how the software operates under strain once it’s finished.

Developers use regression testing to evaluate the program for defects because it is an ongoing process. Then they patch any bugs and run the tests again to verify there are no new problems.

Why Is It Important in The Software Testing Process?

There are many different kinds of software testing. These all work together to make sure that all aspects of the product function correctly by testing them frequently and regularly.

Following on from the points above, and as part of a comprehensive approach ensuring optimal software performance, reliability testing is important in the software testing process for the following reasons:

1. It ensures that the software functions the way it should

It is critical to ensure that all types of software function properly for practical purposes. Whatever they’re going to be used for. Otherwise, the applications will be of no use to you.

For example, software that is used to support critical public or other significant services must be dependable. This is due to the fact that a failure could have far-reaching consequences.

As we rely increasingly on software for business assistance, it’s more important than ever to ensure that software is dependable and doesn’t crash abruptly.

While software can function at a satisfactory level and still be useful, reliability testing can help it work better. It is vital to ensure that software functions at its best before distributing it or presenting it to a client.

This is to guarantee that the user has the best possible experience. It also makes the interface between this type of software and other software support, such as servers and other integrated applications, more efficient.

Unfortunately, a single little error might have far-reaching consequences throughout the software’s structure. As a result, it is critical to do continual dependability testing.

3. Helps to fix bugs and issues

In software development, bugs are a common occurrence. It’s critical to eliminate as many of them as possible before releasing the software. Some small ones, though, may be unavoidable over the software’s lifetime.

Of course, certain faults may be more difficult to detect than others — especially when developing large-scale software. It’s critical to devote an entire type of testing to ensuring that the program is as trustworthy as feasible.

While going over all of the program features individually may be difficult, reliability testing provides a realistic and algebraic formula for detecting faults. In the long term, this can save a lot of time and money.

It’s simple to see why reliability testing is a vital aspect of total software development as software becomes increasingly critical in maintaining businesses and essential services.

Reliability testing ensures that the end product is of high quality. It aids in the detection and correction of bugs, the enhancement of performance, and the testing of new features. You can verify that your software works as it should by undertaking reliability testing.